Skip to content
Home
/
2010
/
September
/
25
/
Uncategorized
/
LOADS OF ABUSIVE LANGUAGE HURLED AT ENGLAND’S CRICKET TEAM BY ETHNIC PAKISTANIS WITH LONDON ACCENTS…….
Facebook
Twitter
Google+
LinkedIn
Pinterest
Ahhh, the glories of multiculturalism coming home to roost. Remember folks, we’re made to believe that multiculturalism is the ideal system in which all cultures are treated equally and somehow this is to form a societal cohesiveness. Yeah riiiight. KGS 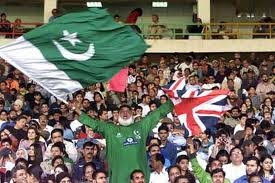 The Sun; GRAEME SWANN last night described how Pakistan fans hurled torrents of abuse at the England cricket team.
In a stunning Sun exclusive, spinner Swann england pakistan cricket revealed England players were saddened and shocked to hear the foul-mouthed tirades coming from cricket supporters “with London accents”.
Swann also lifted the lid on how the Pakistan match-fixing scandal led to a poisoned relationships between both sides out on the pitch.
Swann said: “The taunts we received from the crowd were not pleasant.
“As we left The Oval, people with broad London accents wearing the green shirts of Pakistan were slagging us off.
“It was hard hearing the England team being abused by people who sound English.
More here.