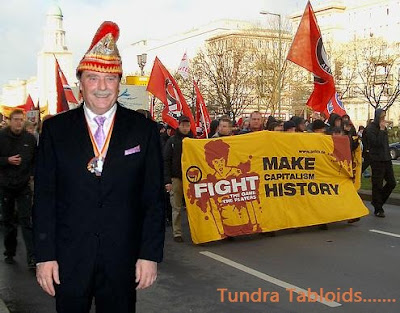 Köln Mayor Fritz ‘shwarma‘ Schrammer: In the name of diversity
I bequeath the destruction of German society
The man clearly doesn’t know what he’s doing to his city, but then again he allies himself with anti-Capitalist movements that are for the mosque and for Islam, which doesn’t make him one of the more sharper knives in the kitchen drawer. KGS

NOTE: File this story under the category: Germans who like to play cultural suicide

Ahlul Bayt News Agency, Cologne’s skyline is not just any skyline. Silhouetted against the sky is the cathedral, the most famous gothic church in Germany. After a decision by Cologne’s city council, it will be joined by the country’s largest mosque. On Thursday at Cologne’s City Hall, a crowd of demonstrators faced off. To the right of the entrance stood some 30 old anti-mosque protesters carrying signs depicting stylized mosques with big red lines struck through them. To the left, about 100 people voiced their support for the mosque’s construction. Neither need really have bothered: The outcome was almost certain.
All parties except the conservative Christian Democrats (CDU) and the extreme right anti-mosque initiative Pro Cologne voted in favor of building the mosque, which will be Germany’s largest. Cologne’s Mayor Schramma, who has gone back and forth on the issue, in the end voted against his own CDU party in favor of the mosque’s construction Thursday.
The new mosque will now be built on a site in Ehrenfeld, an industrial section of Cologne where there is currently a working mosque operating out of an old factory. “They can start tearing down the old factory building tomorrow,” Josef Wirges, the local council member for Ehrenfeld and member of the Social Democrats (SPD) told SPIEGEL ONLINE.
Read it all here.