Skip to content
Home
/
2010
/
August
/
25
/
Uncategorized
/
EU’S ASHTON FAULTS ISRAEL FOR CONVICTION OF SERIAL INCITER TO VIOLENCE…….
Facebook
Twitter
Google+
LinkedIn
Pinterest
No, what Israel is saying, is that you can protest, but you’ll be held accountable if you incite others to commit acts of violence. Ashton is a fitting disgrace of a pseudo FM for the EU, who never miss a moment to urinate on themselves in public. KGS
Turtle Lady 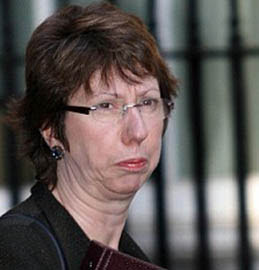