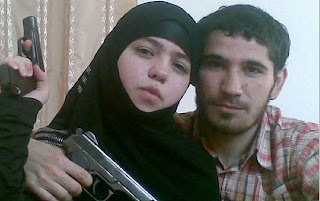 Ninja bomber: If I were alive I would
have shot him as well

Dagestan is looking like it’s going to be another “Chechneya”” for the Russians. KGS

THE UNDERGROUND: Pastor Artur Suleimanov, 49, was shot by unidentified gunmen recently while leaving Hosanna Christian Church in Dagestan on July 15.
Suleimanov was a Russian pastor who founded the biggest Protestant church in the Northern Caucasus region. The church has 1,000 members, 80 percent of whom were previously Muslim.
He was murdered recently after a media report said he deserved to die for converting too many Muslims.
Dagestan, located in the Caucasus mountains, is home to 2.6 million people, 91 percent of which are Muslim. Missionaries from outside Dagestan had not matched Suleimanov’s success, who was a native of the region.
Because the country borders Chechnya, it is often caught in the crossfire of a longstanding conflict between Russia and Chechen Sunni Islam separatists leading to many civilian deaths.
Further adding to tensions is the regular crackdown of the Russian government on Wahhabis Sunni Islam separatists. Muslims dislike Russian Orthodoxy because it is considered a Russian faith. Christian minorities are also persecuted, CDN said.
Via: TROP