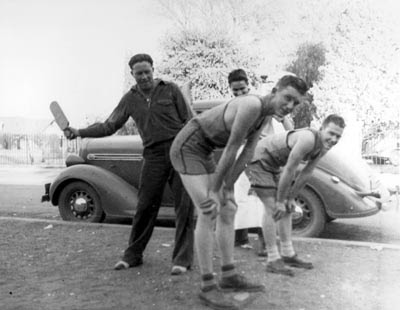 Elitist wannabe’s lining up to join
the “Ruling Class Freak Show”
If anyone takes the time to read the following article “America’s ruling class”, you’ll notice how frivolous the charge that Eurabia is a conspiracy theory. It’s the self deluded “elitist” sub culture of Eurabia that Bat Ye’or is talking about, and something that this article about the US politics/ruling class describes to a T.
Take for an example the following excerpt from Angelo M. Codevilla’s article describing “the club” to which many aspire:

“Professional prominence or position will not secure a place in the class any more than mere money. In fact, it is possible to be an official of a major corporation or a member of the U.S. Supreme Court (just ask Justice Clarence Thomas), or even president (Ronald Reagan), and not be taken seriously by the ruling class. Like a fraternity, this class requires above all comity — being in with the right people, giving the required signs that one is on the right side, and joining in despising the Outs. Once an official or professional shows that he shares the manners, the tastes, the interests of the class, gives lip service to its ideals and shibboleths, and is willing to accommodate the interests of its senior members, he can move profitably among our establishment’s parts.”

Actually it’s a fraternity freak show, with the pledges dutifully positioning themselves to prove their allegiance to the head freaks and their motto “For us, only for us, and the rest be damned to mediocrity and life in the suburbs.”
Lets be clear here, the people who belong to this ruling “click” deem themselves to be “elites” but they are anything but. They can be found in any society, whether they be in Europe or in the US, and the bonds that join them together  is their distinct passion for wanting to be the crème de la crème in society and in politics.
They are as old as time itself, and truth be told, we shouldn’t be surprised that they have managed to reconstruct their protected position and hold on power. This is what Karl Marx had in mind when his reactionary socialism went head to head against upstart capitalism and the new bourgeoisie it created. This “new class” of entrepreneurs rivaled the existing power structure of the ruling class to which he, and many of his supporters in the aristocracy, tried to counter through the new ideology of Marxist socialism.
Folks, these are the kind of people that are presently running Europe and increasingly the US of A. This kind of collective, obtrusive, arrogant mindset allows for the most ridiculous policies to become law, that in saner times when rational minds ruled, would have been laughed at and derided as gross incompetence.
Only in this ruling sub-culture can Eurabia not only exist, but thrive. Only in this ruling sub-culture can the US Constitution be not only ignored, but trashed. Therein lies the mounting trouble for the supporters of Israel, for as this ruling (elitist) sub-culture in the US becomes increasingly representative of the status quo, anti-Israel policies will become more frequent in number regardless of whatever party is in power.
The US and Europe, in order for both to survive, have to reject statism* and its socialist principles, and return to the rule of law and become once again answerable to the people. The US needs to return to its magnificant Constitution and Europe following suit as well, by rejecting the EU and developing their own constitutions to reflect a move towards limited government. There is no other way. KGS
* STATISM : “a term assigned to political movements and trends that are seen as supporting the use of states to achieve goals, both economic and social.”
H/T: Fjordman
America’s Ruling Class — And the Perils of Revolution