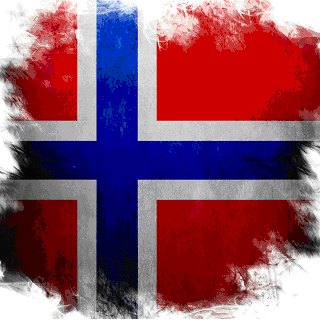 Norway is a Scandinavian Orwellian nightmare, where racism assumes the mantle of humanitarianism, anti-Israelism/Jew hatred is championed by “philosemites”, truth is falsehood and injustice the rule of law.  Norway, having been so thoroughly corrupted over the decades by far Leftist governments, can’t tell the light of Summer’s day from the darkest of Winter’s nights. Simply put, Norway is a gross caricature of a western liberal democracy.
Enter Bruce Bawer. Here’s a man who has championed the rights of women, vocally defended the need to safeguard their rights, and the rights of all citizens of Norway, at the forefront of ensuring that children are not victimized, and yet, he’s being branded a “waycist”. It’s because of his insistence on naming the name “that shall not be mentioned”, the ideology of Islam, as being the prime motivating factor in the victimization of immigrants in Norway.
It’s not ethnic Norwegians who are victimizing young girls with female genital mutilation (FGM) or forcing the women folk, in most cases young girls, to be married, or forcibly keeping their females under lock and key, brutalizing gays or promoting rioting in the streets for whatever grievances real or imagined or overly represented in the crime rate, like in the rape statistics etc..
No, Muslims are the ones guilty of that, and saying so isn’t an act of racism, but the speaking of the truth. So now the Orwellian (and humanitarian racist) Norwegian state has cast its eye upon the next victim, for daring to utter the truth about its society. Finland has Jussi Halla-aho, The Netherlands has Geert Wilders, Austria has Susanne Winter, and now Norway has Bruce Bawer. Let Bruce fill you in on the situation.
H/T Fjordman

When it comes to the right to speak one’s mind about Islam, the record of the last few years makes it clear which direction the West is moving in. In France and Italy, Oriana Fallaci is put on trial for disparaging Islam. In Canada, Mark Steyn and Ezra Levant are hauled before “human rights commission” tribunals for criticizing Islam in print. In Australia, an Islamic organization sues two pastors for “vilification of Muslims.” In Britain, a Daily Telegraph columnist is arrested on charges of hate speech for having written negatively about Islam, and the Archbishop of Canterbury proposes that Parliament pass stronger laws against such speech acts. And in the Netherlands, Geert Wilders, the head of the Freedom Party, which performed so well in the June 9 general elections that Wilders may end up in the governing coalition, still faces trial for having made a film about the Koranic foundations of terrorism.
Then there’s Norway, where I live, and where the last few days have seen yet another dark development. By way of background, permit me to begin by quoting myself. On pages 230-31 of my book Surrender: Appeasing Islam, Sacrificing Freedom I sum up the more alarming aspects of Norway’s Discrimination Law, passed in 2005:

It forbids “harassment on the grounds of ethnicity, national origin, ancestry, skin color, language, religion, or beliefs,” and, in turn, defines harassment as “actions, omissions, or utterances [my emphasis] that have the effect or are intended to have the effect of being insulting, intimidating, hostile, degrading, or humiliating.”

In other words, it’s illegal just to say certain things.

Defendants may be accused not only by the individuals whom they’ve supposedly offended but also by semiofficial organs such as the Anti-Racist Center and the Center against Ethnic Discrimination (both of which helped formulate the law, and both of which exist less to oppose real racism and discrimination than to oppose political incorrectness generally) or by the government’s Equality and Anti-Discrimination Ombud.

Which means that a handful of far-left organizations have been given enormous power to silence those they disagree with.

Violations of the law by individuals are punishable by fine; violations by individuals in concert with at least two other persons (such as a writer conspiring with an editor and publisher, perhaps?) can be punished by up to three years’ imprisonment — this in a country where murderers often get off with less. Moreover, the burden of proof is on the accused: you’re guilty until proven innocent.

And this in a supposedly free country.

Which brings us to the most recent developments. Over the years, I’ve had a close association with Human Rights Service (HRS), a small Oslo-based foundation that formulates and proposes government policies designed to combat the subjection and abuse of females in Muslim communities. I’ve translated materials for HRS and written pieces in Norwegian for the HRS website. Last fall, after suggesting that HRS expand its site to include articles in English by contributors from around Europe and elsewhere — so that writers from different countries could compare notes, as it were, about their experiences with Islam, immigration, and integration — I began working regularly for HRS, writing, soliciting, and translating pieces for their new international web pages.
Meanwhile HRS was going through a rough patch. Ever since its establishment in 2001, it has been despised by many people on the Norwegian left — the same folks who hate Israel and who feel warmly about Hamas. The two women who run HRS, Hege Storhaug and Rita Karlsen, have labored tirelessly against monstrous practices like honor killing, forced marriage, and female genital mutilation, and for doing so have won the lifelong gratitude of countless Muslim girls and women — but as far as their PC enemies are concerned, to condemn any aspect of Islam is to be an Islamophobe, pure and simple. Last summer, a couple of newspapers, the far-left Dagbladet and the Communist Klassekampen, waged a brutal and breathtakingly mendacious smear campaign against HRS, the obvious intent of which was to bring it down once and for all.