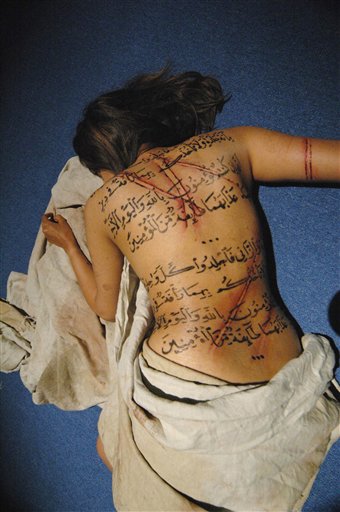 This better reflects Islamic history and culture
First of all, the imam does us all a favor by proving how imperialistic and insulting Islam can be, he opens his mouth without even thinking of the wider implications of his words. Izzedin Elzir, as a Muslim, is typically co-opting western culture, believing that Christian historical culture reflects Islamic culture in general, because it’s culture is indeed, first and foremost, Islamic.
This is typical Islamic imperialism, all Jews and Christians and their history and culture are Islamic, hence the need for them to “revert back to Islam”. Anything good from those cultures are deemed “Islamic” in nature, and anything negative, well, its the infidel in them that’s to blame.
Like Islamist Watch states: “Nobody can state with certainty what Mary did or did not wear two millennia ago. […] This debate is all about the face. Mary sets a good example by showing hers.”
The imam also never bothers to mention as to whether the threat of keeping women who veil, forever indoors, because of the new law against the burka, reflects the culture he is living in. He never bothers us with how he really feels about forced “house arrest” of Muslim women, and whether he would condemn the practice. What’s up with that? KGS

Veiled Muslim women have become the true upholders of western traditions of female dress, says Italy’s top imam, who angrily condemned the decision to fine a woman in Italy for wearing a veil that completely covered her features.
The incident, which took place in the northern Italian town of Novara, was the first of its kind in Europe.
Izzedin Elzir, the president of the Union of Islamic Communities in Italy (UCOII) and a former fashion designer, said: “If we go and see the beautiful artistic representations of the Madonna, we see her with the veil. We don’t see her semi-naked, I think.
“For that reason, I believe it is the Muslims who are protecting the traditions of our country.”