Thanks to Kumitonttu for this one. The Tundra Tabloids had reported earlier the two jihadi wannabees, Abbas and Ilyas Iqbal, who were featured themselves in their own home made video of jihadist fun and adventure. Another report on the two can be found here at the Telegraph. 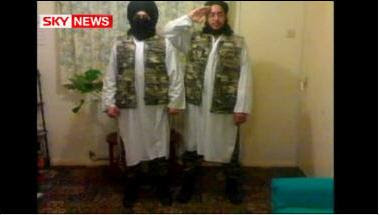 Now it comes to the Tundra Tabloids’ attention that one of the brothers, Abbas Iqbal, had taught the Koran here in Helsinki Finland. The following report comes from the bird cage paper, the Helsingin Sanomat. 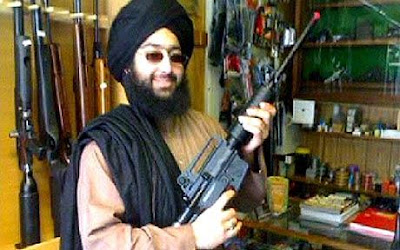 Abbas Iqbal: Just think Finland, I was teaching Koran
in your mosques before the Brits got wise
Muslim man who threatened Prime ministers with murder goes to jail for terrorist offenses in Britain.

The 23-year-old man admitted in a Manchester High Court on Monday  that he represented himself as the leader of the terrorist network al-Qaeda in Britain and gatheredterrorism-related material. He is accused of inciting the murders of former British prime ministers Gordon Brown and Tony Blair’s, but the man denied this accusation.
British news media widely reported on the trial on Tuesday.
According to the Ilta-Sanomat the man had prior to the arrest had for years, visited Finland’s Islam-center and read the Koran for the congregants gathered for evening prayers.
The ethnic Pakistani who lived in Britain’s Blackburn area  was arrested in the Manchester airport in August 2008, when he was about to fly to Helsinki.
Man was found in his possession terrorism-related material, such as al-Qaeda produced video of the 2005 London terrorist attack, in which was killed 52 people.
He had sent by way of the radical Islamic Web site a message, in which he had incited Brown and Blair’s assassination.
The Finnish central criminal police confirmed for the HS after the men’s arrest in 2008, that the British police had requested legal assistance from Finland.
According to the Ilta-Sanomat, the NBI’s headquarters in Vantaa, interrogated witnesses, including Islam-center representatives.
Islamic Center is a Pakistani Muslim community in Helsinki.