Comments by David G. Littman, NGO Representative at the UN in Geneva:
Association for World Education and World Union for Progressive Judaism
Oral statement (from UN webcast below the fold) reproduced verbatim below
We decided to speak out again on a “traditional practice”, whose religious links are vociferously denied, despite irrefutable UNICEF facts and figures. FGM (Female Genital Mutilation) is spreading in Europe with some migrant populations that practise it traditionally. There are now over 1,500 cases in Geneva and nearly 10,000 in Switzerland, with hundreds of thousands in European Union countries. This won’t cease until it is strongly penalized, backed by an unambiguous fatwa from the Grand Sheikh of Al-Azhar (Cairo) stating, unambiguously, that this ‘cultural relativism’ is forbidden by all legal traditions in Islam – unfortunately, this is unlikely. The subject is still considered taboo at the UN and an explicit mention of Sharia justification usually leads to an angry denial and rude denigrations, as we have learned from personal experience since 1993.

VIDEO OF THE SPEECH BELOW THE FOLD 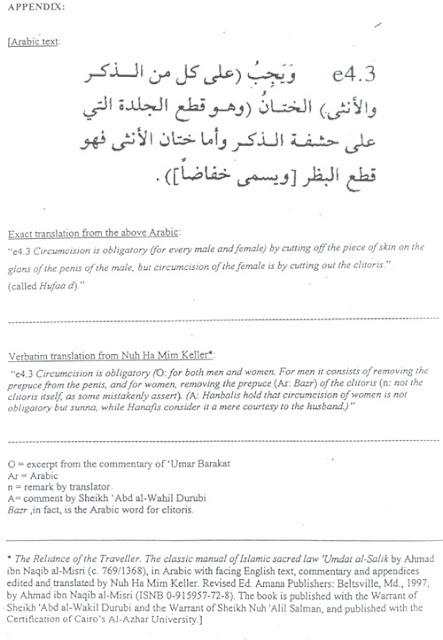