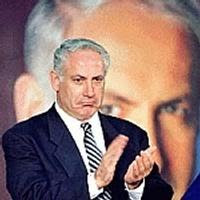 Netanyahu: I answer to Israelis, not to Washington
[The state intends to allocate NIS 700 million for accelerating economic growth in 10 Arab, Druze and Circassian communities who comprise 30% of Israel’s total population of minorities. The final touches are being put on the proposal, which is slated to be submitted to the cabinet for approval on Sunday.]

Israel will defy American pressure to halt the construction of controversial Jewish housing in Arab east Jerusalem, when President Obama meets Binyamin Netanyahu, Israel’s Prime Minister, in the White House today.
Fresh from his historic victory to reform American healthcare, the US leader is to be confronted, within hours, with a foreign policy crisis. This time Mr Obama must resolve the worst breakdown in relations in decades between America and its closest regional ally, Israel, and try to get the Arab-Israeli peace process moving again.
But any hopes of a compromise were dashed yesterday when Nir Barkat, the Mayor of Jerusalem, insisted that Jewish settlements would go ahead in spite of US objections.
Mr Barkat said that Israel had not intended to insult America, when it announced a 1,600-home plan in Ramat Shlomo during a peace mission by Joe Biden, the US Vice-President, earlier this month. He remained adamant that the project would go ahead.
“I do not think anybody intended, naturally, to try to insult,” he said in an interview at the Israeli Embassy in London. “But let us not get mixed up. Planning in the city of Jerusalem has to, should and will continue. We want to be sensitive to the American Administration but I want to make sure people realise there is no [housing] freeze in the city of Jerusalem.”