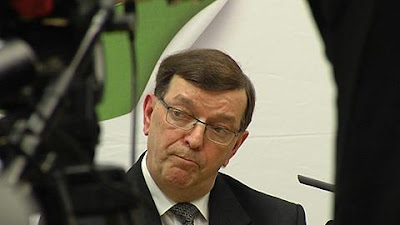 Paavo Väyrynen: Better to handle them there,
than to bring them all over here
There’s no logical reason to bring an umpteenth number of refugees halfway around the world to a culture foreign to them, when they can be more effectively administered to in neighboring lands. Time to rethink some of these policies, it’s more fair to these refugees as well as to Western states. KGS
NOTE: The Tundra Tabloids has previously spoken with Paavo Väyrynen, who came across at the time, as someone who understands the limitations of government, and the need for defending the rights of the voter, as well as having a healthy scepticism of the EU. Not bad for a European poltician.

Minister for Foreign Trade and Development Paavo Väyrynen says Finland should reduce its refugee quota. Within its refugee quota, Finland accepts persons defined as refugees by the UNHCR.
Speaking on a YLE current affairs programme on Monday evening, Väyrynen said the money Finland would save by taking in fewer refugees could be channelled directly to crisis areas.
Finland accepts 750 quota refugees annually; however, Väyrynen points out that the number is much higher due to family reunification practices.
Väyrynen has previously rejected proposals to double Finland’s intake of the self-imposed quota of 750 refugees.
The minister meanwhile doesn’t agree to recent comments made by banking tycoon Björn Wahlroos that Finland’s 50-year history of development cooperation has been a waste.