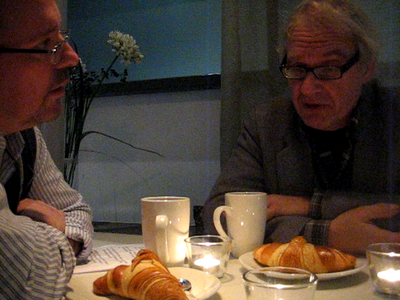 Tundra Tabloids and Lars Vilks
Stockholm 2008′
This is very good news. Lars Vilks has been selling copies of his famous mo-doggie toon, and why shouldn’t he, the OIC published a picture of the Pig-Mohamed cartoon on its website. It’s all the same to me if the world’s largest Muslim organization, the Organization of the Islamic conference published it due to their supremacist beliefs, “A Muslim may do what the dhimmi may not”, we here in the West dance to our own tune, not their’s.
Here’s once again the joint Vlad Tepes and Tundra Tabloids video on the OIC’s publishing of Pig-Mohammed.

Swedish artist Lars Vilks has confirmed that he has sold around 20 copies of his cartoon depicting the Muslim prophet Muhammad as a dog to private collectors, according to the Helsingborgs Dagbladet daily.
“The interest for the drawings is pretty high. I have so far sold around 20 pieces. It is a scanned version on better quality paper and signed,” the controversial artist confirmed to the newspaper.
Vilks said that the interest has come from private buyers and added that he experiences no moral dilemma selling a work that many consider deeply insulting.
“To sell a provocative and offensive picture is not something that I see as problematic. So far it has also only concerned private purchases. If an institution would buy it in, it would most certainly be regarded in a different way,” Vilks said.
In a new turn to the controversy which returned to the spotlight this month after the discovery of an alleged plot to murder the unrepentant artist, a colleague Kent Viberg has created a similar piece featuring Vilks in place of the prophet Muhammad.
When the alleged plot became known on March 9th, several major Swedish newspapers re-printed the cartoons as a gesture of support for Vilks and freedom of expression, but Viberg has instead accused his colleague of being interested only in marketing himself.
“I do not feel sorry for Lars Vilks,” Viberg told local Karlshamn newspaper Östran arguing that the Muhammad cartoons contribute neither to art nor the public debate.
Kent Viberg unveiled his work at a roundabout in the southern Swedish city of Karlshamn on Thursday featuring a French bull dog with a photograph of Lars Vilks at its head.
Vilks responded by arguing that he considers the debate over freedom of expression to be an important one and that there remain problems to be discussed.
Lars Vilks’ Muhammad cartoons were first published in local Örebro newspaper Nerikes Allehanda in 2007 to accompany an editorial on freedom of expression. Vilks confirmed to Helsingborgs Dagblad that customer demand to buy the cartoons was fairly non-existent at the time. 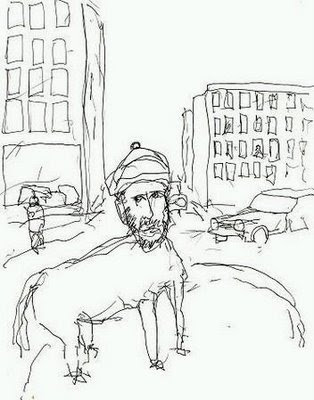