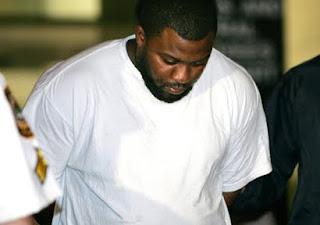 JIHADI WANNABE HAMZA
“DA FEDS MADE DO IT”

Like the Tundra Tabloids has said before, infiltration of the mosques, GITMO and waterboarding should be the at the forefront of US foreign policy. KGS

Synagogue Bomb Suspects: The Feds Put Us Up to It!

Defense attorneys say an alleged plot to bomb New York synagogues was hatched and directed by a federal informant.
Lawyers for four men from Newburgh have filed a motion to dismiss the terror indictment against them.
They said the informant badgered the defendants until they got involved in the plot.
They said the informant chose the targets, supplied fake bombs for the synagogues and a fake missile to shoot down planes. The motion said he also offered to pay the defendants, who attorneys alleged weren’t inclined toward any crime until the informant began recruiting them.
“The government well knew that their case had been a government-inspired creation from day one and that the defendants had not been independently seeking weapons or targets,” the motion said.
Federal court spokesman Herb Hadad said the government would file its response next month.
The four men, who were arrested last May, face up to life in prison if convicted. They have been previously identified as James Cromitie, 55, David Williams, 28, Onta Williams, 32, and Laguerre Payen, 27, all of Newburgh in upstate New York, where authorities were conducting raids at their homes, sources said.
Authorities have said they had the plotters under surveillance since June of 2008 and there was “no chance” the alleged scheme could succeed. They credited the work of a long time informant with keeping tabs on the group.
The FBI has said the Muslim suspects were angry and full of hate for America.