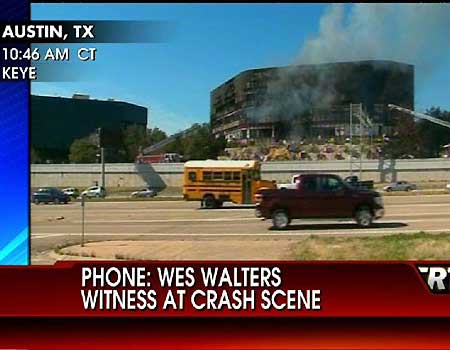 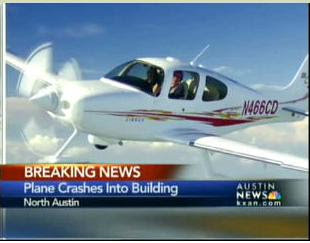 Did not have to file a flight plan, did not have to tell the airport where he was going. Impact was on the second floor. Only two people have been injured. 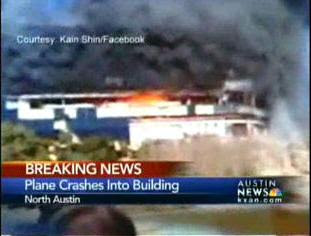 There are reports that there’s a video or audio recording of the pilot stating his reasons why he intended crash the plane into the building. NBC news is sittling on it until it can be verified, they say it’s rather long. KGS

UPDATE: The plan was stolen

Small Plane Crashes Into Austin, Texas, Office Building
A small single-engine plane crashed into a seven-story office building in Austin, Texas, around 10 a.m. local time Thursday.
An NTSB official told Fox News that they are investigating this as an intentional act, and said it appears the pilot set his own house on fire and then got in his plane and flew it into the building. An NTSB spokesman, however, told FoxNews.com that “we can’t confirm any of that.”
Authorities said they have identified the pilot, but are not yet releasing the name.
An Internal Revenue Service office is located inside the building.
IRS Agent William Winnie said he was on the third floor of the building when he saw a light-colored, single engine plane coming towards the building, TheStatesman.com reported.
“It looked like it was coming right in my window,” Winnie said, according to the Web sit.
Winnie said the plane veered down and smashed into the lower floors. “I didn’t lose my footing, but it was enough to knock people who were sitting to the floor.”