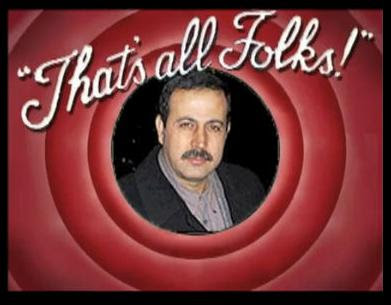 Mahmoud al Mabhouh
The assassination of Hamas gun runner, Mahmoud al Mabhouh, last month in Dubai has raised a lot of flags, with most people pointing the finger towards the Mossad. The Tundra Tabloids however, believes that, while Israel’s role can’t be ruled out, it is also worthwhile to take a closer look at Iran.
It’s very likely that Mahmoud al Mabhouh ran afoul with the Iranian regime, and with Israeli citizens’ indentities having been stolen and used by the team that took Mabhouh out, that scenario looks the more plausible of the two. While one can’t rule it out, it’s highly unlikely that the Mossad would use Israeli identities to get into Dubai.
At any rate, offing a wanted terrorist is not a problem for the Tundra Tabloids, it’s immaterial who offed Mabhouh, the main point is that this terrorist is no longer walking the streets arranging weapons to smuggle into Gaza. Thanks to Vlad for providing the background music to the vid. The ending is great. KGS