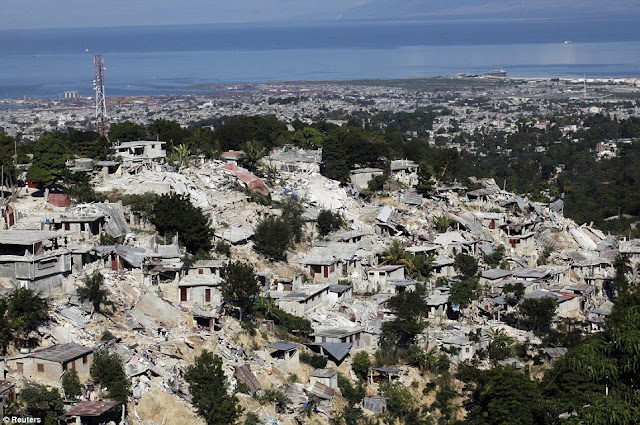 The Tundra Tabloids offers it’s deepest condolences to the people of Haiti, and asks that everyone of its readers to please dig deep and offer the various emergency relief organizations any assistance possible, whether it be clothes or money to help these people in their time of desperate need. KGS
Thousands feared dead in Haiti quake; many trapped
PORT-AU-PRINCE, Haiti (AP) – Haitians piled bodies along the devastated streets of their capital Wednesday after a powerful earthquake flattened the president’s palace, the cathedral, hospitals, schools, the main prison and whole neighborhoods. Officials feared hundreds of thousands may have perished but there was no firm count.
Death was everywhere in Port-au-Prince. Bodies of tiny children were piled next to schools. Corpses of women lay on the street with stunned expressions frozen on their faces as flies began to gather. Bodies of men were covered with plastic tarps or cotton sheets.
President Rene Preval said he believes thousands were killed in Tuesday afternoon’s magnitude-7.0 quake, and the scope of the destruction prompted other officials to give even higher estimates. Leading Sen. Youri Latortue told The Associated Press that 500,000 could be dead, although he acknowledged that nobody really knows.
“Parliament has collapsed. The tax office has collapsed. Schools have collapsed. Hospitals have collapsed,” Preval told the Miami Herald. “There are a lot of schools that have a lot of dead people in them.”
Even the main prison in the capital fell down, “and there are reports of escaped inmates,” U.N. humanitarian spokeswoman Elisabeth Byrs said in Geneva.