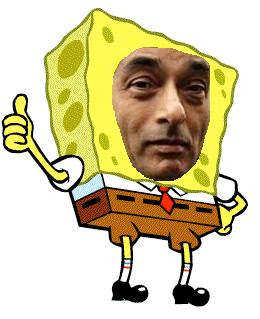 Gerard Spong
Same Amsterdam lawyer that acquited Osama Bin-Laden in a faux tv court trial, Gerard Spong, is “extremely satisfied” that the charges against Dutch MP Geert Wilders that have been extended to include inciting hatred towards Moroccans and non-Western ethnic minorities. That’s the type of lunatics that are currently running the insane asylum called Holland. KGS

The charges against far-right MP Geert Wilders have been extended to include inciting hatred towards Moroccans and non-Western ethnic minorities, de Volksrant newspaper reports.
Up to now the Freedom Party leader has been charged with inciting hatred against Muslims through his remarks in the media and his anti-Islam film Fitna. Mr Wilders has compared the Qur’an to Hitler’s Mein Kampf, and called for it to be banned.
However, the public prosecutor’s office has now decided to widen the charges, based in part on Mr Wilders response in a 2006 interview when asked what he would do if he came to power in the Netherlands: “The same day the borders would be closed to all non-Western immigrants.” Mr Wilders has also expressed this view in parliament.
The decision to widen the charges is striking because initially the public prosecutor’s office decided that Mr Wilders had no case to answer. It only went ahead with the prosecution when an Amsterdam court ruled last year that Mr Wilders should indeed face charges of insulting Muslims as a group and inciting hatred and discrimination towards them.
Insight
The lawyers who brought the case against Mr Wilders have welcomed the public prosecutor’s move. Haroon Raza of anti-racism organisation NBK told de Volkrant he was “extremely satisfied”. NBK argues that Mr Wilders is not only anti-Islam but also racist. Amsterdam lawyer Gerard Spong described the public prosecutor’s decision as a sign of “deepening insight”. It was he who brought the appeal against the initial conclusion that Mr Wilders should not be prosecuted.
Objections
Mr Wilders’ lawyer Bram Moszkowicz will set out his objections to the charges in a closed hearing on Wednesday. He argues that there are no grounds to prosecute his client for insulting Muslims as a group. Mr Wilders argues that his criticism has always been directed against Islam as a religion, and not against Muslims. He is attending the hearing in person although his Mr Moszkowicz said he did not enter the court by the main entrance due to the death threats which have been made against him.