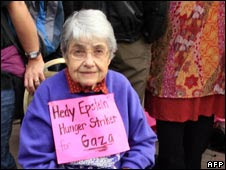 Granny Epstein:
I haven’t the sense to figure out that Hamas uses it’s own people
and stooges like me as tools in order to kill more Jews
Yep that’s right, these morons from Cope Pink spend their precious moments on this earth to protect the right of genocidal/homicidal religious supremacists to kill Jews without any consequences, and it’s all being done in order to end ‘their hardship’. Yeah, uh huh, let these loons go on their hunger strike, there will be no sympathy for their troubles from the Tundra Tabloids, nope, none whatsoever.
These people are more anti-Israel haters than anything else, their actions also work against the same people they claim to be defending, the Arabs in Gaza. The Hamas are not interested in helping their own people, otherwise they would spend their time trying to build their people a better life, instead of keeping them in a state of total war, year in and year out.
These idiots from Cope Pink haven’t worked that one out yet, or maybe they have, it’s just that they hate Israelis that much more. Thanks to TINSC for the couple of links. KGS
Gaza protesters stranded in Egypt
JERUSALEM (JTA) — Egypt is preventing some 1,300 protesters from around the world from entering the Gaza Strip through the Rafah border crossing.
The protesters, from more than 40 countries, are part of the Gaza Freedom March, which was organized to protest Israel’s blockade of Gaza.
Some protester, including a group of grandmothers, began a hunger strike Monday morning to protest Egypt’s refusal to allow them to enter Gaza, AFP reported.
Rafah is the only crossing into Gaza that does not require going through Israeli territory.
Hundreds of the protesters gathered at a United Nations building asking the international agency to intercede with the Egyptian government to allow them to travel to Gaza. French protesters also caused a disturbance by camping out in front of the French embassy in Cairo and blocking the road, a major thoroughfare in the city, according to AFP.
The protesters are scheduled to join Palestinians in Gaza and march from northern Gaza to the Erez Crossing on the Israeli border on Dec. 31.
Israeli Prime Minister Benjamin Netanyahu is scheduled to visit Cairo on Tuesday to meet with Egyptian President Hosni Mubarak.
Meanwhile, Egyptian security told Reuters it would open the Rafah crossing for three days beginning on Jan. 3, to allow Palestinian students, those seeking medical attention and Egyptian residents to pass through.

NOTE: The Arabs in Gaza have plenty to eat, so the Code Pinkos (if the Egyptians ever let them cross) will have more than enough food to eat once their stupid strike is over. The pics are by way of Weasel Zippers via Israel Matzav.

The concentration camp of Gaza 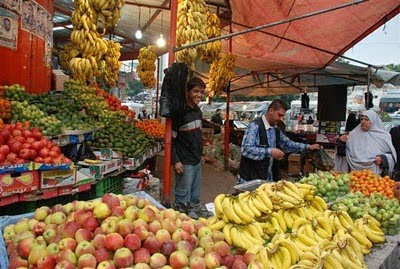 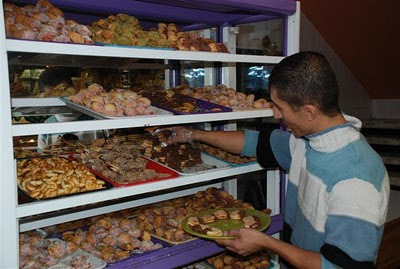 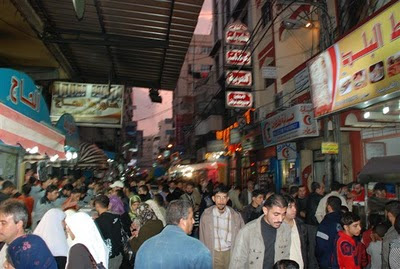 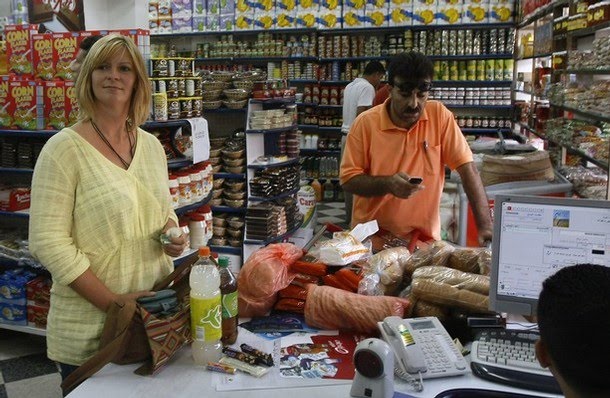 Loons, every last one of them. KGS