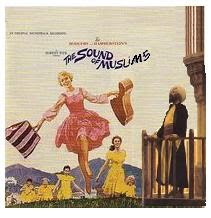 First published at the Gates of Vienna, here’s an article from NEWS 51/09, page 38, by the journalist who sat in a seminar given by Elisabeth Sabaditsch-Wolffe. The Baron has the following to say:

The Austrian newspaper NEWS.at, which instigated the “hate speech” charge when it published an article about one of Elisabeth’s presentations, is leading the campaign against her “xenophobia”.
It’s interesting to note that the Muslim women mentioned in the article define themselves as Muslims first, and Austrians second — if, in fact, they consider themselves Austrians at all.

This article (not available online) was translated by AMT. KGS

Round Two of Defamation of Islam

Defamation Seminars. Elisabeth Sabaditsch-Wolff continues her seminars for FPÖ. Now the public is fighting back.

For a short moment one could have thought that Elisabeth Sabaditsch-Wolff was the victim of big misunderstanding. NEWS reported about the defamatory seminars she holds for the FPÖ political academy, where she teaches about “Muslims who kill and rape because of their religion” and where she equates Muslims with terrorists. However, her radical attitude appeared much weaker when she gave an interview in the magazine Profil. “I believe my democratic are rights are being taken away from me,” she complains, and argues with seeming repentance. “Of course I know the difference between Muslims and Islamists.”
A sudden catharsis? Not at all. ESW showed her true opinion on the internet even before the article in Profil was published. She had the entire interview published in right-wing blogs and websites and was admonished and criticized by other critics of Islam for having been too mild in her answers and for her liberal views. She promptly defended herself: “Did you consider that I might have chosen my words carefully? That I might have followed a strategy with what I have said? I do know the difference between a Muslim and an Islamist.”
Next Seminars
She shows her Islam-hating world view just as publicly during her seminars as she does online. Last week FPÖ Pinkafeld invited the “expert” to the town of 5,400 in order to speak about Islam. All “interested people of all parties and religious affiliations” were invited. The call was heeded by a few Muslim women. Already after the first seminar in October they had voiced their concerns to the SPÖ-mayor of Pinkafeld regarding the content of the seminar. Now, at the second seminar, these concerns became larger. “I was shocked by what this woman said about Islam,” says Mrs. S., who out of fear does not want to give her full name. “I am very hurt by the lies that are told about Muslims. I was born in Austria, I speak the language and I am Muslim. Austria is my home, and I will not have it taken away from me.”
Citizens’ Movement in Pinkafeld
Mrs. S. is now planning an information evening with seven other Muslim women in order to inform the public about the daily life of a Muslim. “Apparently there is a great need for information. We are all mothers and want to be part of the decision-making process about which kind of society our children grow up in.”
This seminar will be open to all those interested, unlike the FPÖ-seminar. The NEWS-photographer was rudely asked to leave the room. He was not even allowed to listen to the defamations presented by Sabaditsch-Wolff without a camera.