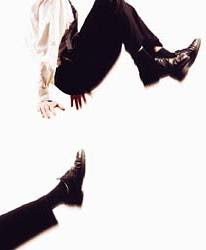 Up up and away!
The Tundra Tabloids interest in this story is, once again, due to a Norwegian university caught doing something potentially harmful to the Jewish state. What was the university staff thinking by allowing an Iranian national into a space technology program that has dual capabilities in the first place? Thankfully the Norwegian police interevened and denied the student another residency permit. Is there a problem with Norway’s drinking water or what? KGS

Norway expelled a 36-year-old Iranian student studying space technology earlier this month amid fears his studies may be used to contribute to the Iranian missile program, according to reports Tuesday in the Norwegian media.
Jorn Preserudstuen, police inspector for the Norwegian Police Security Service (PST), told the Norwegian Broadcasting Corporation that history has shown a connection between a space program and missile development. He said that the fear was that what the student would learn at Narvik would then be used to develop missiles.
The Norwegian immigration authorities decided not to renew the Iranian student’s residence permit, and he left the country two weeks ago after having been ordered to do so within 12 days.
According to the media reports, this was the first time Norway has taken this type of action against a foreign student. UN Security Council Resolution 1737, passed in December 2006, bans the supply of nuclear-related technology and materials to Iran until it stops uranium enrichment.
The Canadian parliament, meanwhile unanimously passed a resolution Tuesday backed by each of the country’s four parties condemning the Iranian regime’s violation of human rights and its nuclear program.
More here.