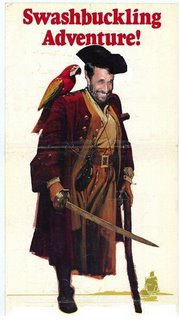 How dare the Jews
interrupt our jihad against them!
You have to hand it to the Islamofascists, they know how to spin a yarn. Before long the media will follow suit and it will all have been a Zionist plot to actually steal the organs from the crew. The Jews will now be depicted by the Aftonbladet’s ace reporter, Donald Boström, who just left Dimona conference in Israel, as having waited until he left in order to escape his watchful eye. KGS
Hizbullah: We have no links to ship
Hizbullah on Thursday issued its first response to Israel’s seizure of a cargo ship loaded with hundreds of tons of weaponry sent to the terror group from Iran.
The Lebanese Shi’ite organization issued a statement saying that it “categorically denies” any connection to the weapons “that the Zionist enemy claims to have confiscated from the ship.”
On Wednesday, Israel announced that the Francop, a large cargo vessel, contained dozens of containers holding several hundred tons of weapons concealed in crates marked “parts for bulldozers.”
Hizbullah also condemned “Israeli pirates operating in international waters.”
Israeli Navy Seals captured the Francop some 100 nautical miles west of Israel’s northern shores.
Hizbullah’s statement echoed a statement made by Syrian Foreign Minister Walid Moallem, who denied late Wednesday that the cargo ship was carrying weapons from Iran, and implicitly called the Israeli naval forces “pirates.”
“Unfortunately there are official pirates disrupting the movement of goods between Iran and Syria,” he told reporters on a visit to Teheran. “I stress, the ship was not carrying Iranian arms bound for Syria, nor was it carrying material for manufacturing weapons in Syria. It was carrying [commercial] goods from Syria to Iran.”