Mohamed Albaradei basks in praise
for not doing his job

The incorruptable Finnish nuclear physicist, Olli Heinonen, who works for the international atomic watchdog agency, the IAEA, has let it be known that Mohamed Albaradei had refused to include a 67 page appendix to a seasonal report on Iran’s nuclear ambitions, that included information of a three minute film by Iranian nuclear scientists smuggled out of Iran, that depicted a computerized simulation of the detonation of a warhead.
The Haaretz reports that in one of the most important meetings ever held in the IAEA building in Vienna, the representatives of 35 member states that comprise the board of governers, viewed the video and were stunned. What makes it all the more stunning (if not bizarre) were the documents supplied by the Finnish Physicist, as well as the fact that the Iranians themselves added the soundtrack from the movie “Chariots of Fire” to the video.

“Heinonen was very cautious, emphasizing there was no evidence proving that what they had seen was necessarily a mock-up of a nuclear warhead; it could have been a conventional one. Nonetheless, his listeners were stunned. It was clear to most of them that it was likely a nuclear device.

As one of those who was present explained to Haaretz: “If it walks like a duck and talks like a duck, it must be a duck.” That is, one can assume the Iranians have conducted research and calculations for weaponization – how to assemble a nuclear device – as part of a secret military nuclear program alongside their civilian one.

What makes matters worse, is that the Finnish physicist, Olli Heinonen’s concerns fell on deaf ears, Mohamed Elbaradei would not include his team’s findings in the IAEA’s annual report on Iran’s uranium/nuclear development. The fix is in folks, the US and the Euros will not use force to remove Iran’s nuke program, or at least, that is what appears to be the case. KGS 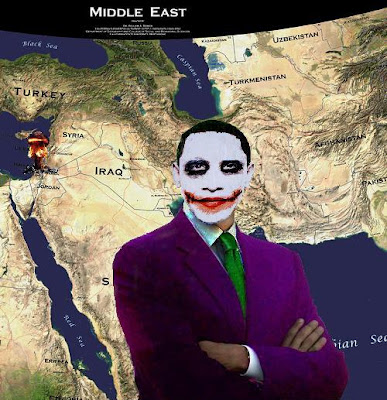