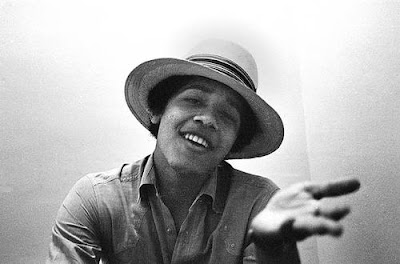 Hey man, what did you really expect?

Last week the Tundra Tabloids broached the subject of the US drug companies funding Barack Obama’s ‘Health-Care’ scheme, with a good friend, and for all our effort, we just couldn’t figure out why such a move would benefit the drug companies. I remember reading that the amount being spent was far more than what Sen.John McCain used on his election bid for the White House.
Only now is the rest of the US public waking up to find out what exactly they elected into the land’s highest office. What a freaking nightmare, and to think that Obama got all the way to the top spot with the media’s tacit approval and aid. The media’s handling of Obama is the exact opposite in which it handled former president, George W Bush. So it goes with the power they holds, being able to annoint and dismiss if there is enough herd thinking available.
So now even the Left is waking up to the reality that Obama will lie at will to suit his purposes, this time around it’s doing what he said he would never do, that is, strike a deal with big drug companies for a deal that offers Obama’s plan a short term gain, but to the drug companies, an even greater gain in the long run. Listen to the short broadcast.
If this is how he wheels and deals (back room deals and lying with a smile to his base supporters) in getting his health care scheme rolling, think of how he’s acting in connection with the “peace process” between Israel and the Arabs. Obama shouldn’t be trusted as far as one can spit.
Via: Rantburg:
Hot-Air: Left-wing Air-America talk radio: Guest, journalist Greg Powell: “I should say something that should light up your line, what if the people out there lining up and screaming and breaking up the discussions at the town meetings are correct?”