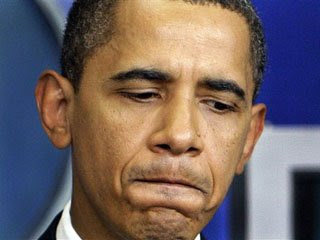 “My sense is you’ve got two good people in a circumstance in which neither of them were able to resolve it the way the wanted to resolve it,”

Wait a minute, would Obama have said that about any other altercation between an unruly/uncooperative person and a police officer, “a circumstance in which neither were able to resolve it“? Come on, it’s a case of a police officer, Sgt. James Crowley (who’s schooled particularly in race relations) doing his job. The other guy, Harvard prof. Henry Lewis Gates, was not trying to solve the situation, his intent was not to cooperate with the police.

In trying to be “even handed”, the president further drives in the wedge, and perhaps lays a precedent for all other unruly types wishing to altercate with the police, they’re just good people caught in a circumstance in which neither were able to resolve it in the way they wanted to resolve it. What a bunch of hooey.

The more this guy departs from the scripted teleprompter text, the more he reveals himself to the US public, perhaps that’s why his numbers are finally tanking, already under 50% I hear. Too bad, the US needs a good president right now, but Obama is showing himself not up to the task, which brings me to the question of why the US voted for a junior senator who spent 2 years out of his three years in the Senate, running for the US presidency. The man is out of his league.