Skip to content
Home
/
2009
/
July
/
22
/
Uncategorized
/
Daniel Pipes: The Naivety of the Obama Administration, Let Me Count the Ways…….
Facebook
Twitter
Google+
LinkedIn
Pinterest
Obama and his administration have
committed one blunder after another 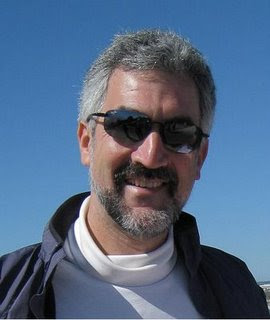 D.Pipes: The sad part is, they don’t even realize itThe Tundra Tabloids hosted Daniel Pipes while he was in Helsinki last year, visiting the Finnish nation’s capital with his family during the summer. He’s one of those rare ME analysts (like Barry Rubin) that truly understand the mindset of the particular players in the region, and can predict with a good amount of accuracy, how they will act according to any given set of policies.The US administration’s present course in policy making has been disastrous for the region, in it’s reestablishing contacts with Damascus, currying favor with the Arab/Muslim (read= groveling) at the expense of American credibility, and trying to force a climate for “peace making” though one of the parties, the Arabs, have not given any indicator whatsoever that they are interested in ending the conflict once and for all….peacefully.Pressuring Israel into doing this or that (stop building within settlements and telling where Jews they can live) in order to create a climate for peace talks, seems to be Obama’s default position. Such near sighted policies show not only his own naivety, but also the naivety and ineptness of his staff of “advisers” that he has assembled to help him deal with such thorny issues as these. They have failed their president miserably.Read up on what Daniel Pipes has to say about it, the Tundra Tabloids believes he hits the nail on the head in this most recent article of his. KGSObama and Israel, Into the Abyss

What I dubbed the Obama administration’s “rapid and harsh turn against Israel” has had three quick, predictable, and counter-productive results. These point to further difficulties ahead.First result: Barack Obama’s decision to get tough with Israel translates into escalating Palestinian demands on Israel. In early July, Palestinian Authority chief Mahmoud Abbas and Saeb Erekat, his top negotiator, insisted on five unilateral concessions by Israel:

Palestinians and Americans are the intended audience for this preemptory list; such exorbitant demands, the record shows, only reduces Israeli willingness to make concessions.Second result: The U.S. government takes marching orders from Abbas and passes them along to the Israelis. Abbas complained to the Americans that the construction of 20 apartments and an underground garage in the eastern Jerusalem neighborhood of Shimon Hatzadik, 1.4 kilometers north of the Old City, would shift Jerusalem’s demographic balance. The State Department promptly summoned Israel’s ambassador to Washington, Michael Oren on July 17 and instructed him to halt the building project.Some background: Zionists founded the Shimon Hatzadik neighborhood in 1891 by purchasing the land from Arabs, then, due to Arab riots and Jordanian conquest, abandoned the area. Amin al-Husseini, Jerusalem’s pro-Nazi mufti, put up a building in the 1930s that later served as the Shepherd Hotel (not to be confused with the renowned Shepheard’s Hotel in Cairo). After 1967, the Israelis designated the land “absentee property.” Irving Moskowitz, an American businessman, bought the land in 1985 and rented the building to the border police until 2002. His company, C and M Properties, won final permission two weeks ago to renovate the hotel and build apartments on the land.Third result: The U.S. demand has prompted an Israeli resolve not to bend but to reiterate its traditional positions. Oren rejected State’s demand. Prime Minister Binyamin Netanyahu, who confessed to being “surprised” by the U.S. demand, assured colleagues “I won’t cave in on this matter.”Publicly, Netanyahu closed the door on concessions. Insisting that Israeli sovereignty over Jerusalem “cannot be challenged,” he noted that “residents of Jerusalem may purchase apartments in all parts of the city” and pointedly recalled that “in recent years hundreds of apartments in Jewish neighborhoods and in the western part of the city have been purchased by – or rented to – Arab residents and we did not interfere.”This says that there is no ban on Arabs buying apartments in the western part of the city and there is no ban on Jews buying or building apartments in the eastern part of the city. This is the policy of an open city, an undivided city that has no separation according to religion or national affiliation.”Then, his blistering finale: “We cannot accept the idea that Jews will not have the right to live and purchase in all parts of Jerusalem. I can only describe to myself what would happen if someone would propose that Jews could not live in certain neighborhoods in New York, London, Paris or Rome. There would certainly be a major international outcry. Accordingly, we cannot agree to such a decree in Jerusalem.”Foreign Minister Avigdor Lieberman asserted this same point while Yuli Edelstein, minister of Information and Diaspora, added that the U.S. demand “proves how dangerous it is to get dragged into talks of a settlement freeze. Such talks will lead to a demand to completely freeze our lives in the entire State of Israel.”From May 27, when the Obama administration began its attack on Israeli “settlements,” it has displayed an unexpected naiveté; did this administration really have to relearn for itself the well-known fact that Washington fails when bossing around its main Middle Eastern ally? It then displayed rank incompetence by picking a fight on an issue where an Israeli consensus exists – not over a remote “outpost” but a Jerusalem quarter boasting a Zionist pedigree back to 1891.How long until Obama understands his error and retreats from it? How much damage will he do in the meantime?