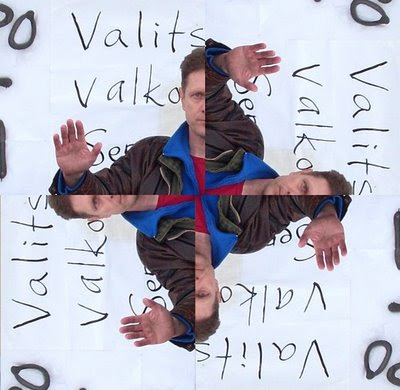 Some good reasons as to why the Counterjihad (and other like minded individuals and groups)must be the ones to set the dialogue concerning the dangers of Islam and mass immigration. We have to be careful not to allow those individuals and groups who are motivated by racial issues than by ideological differences with that of totalitarian systems like Islam, Communism and its twin heretical brother, Fascism.

Don’t be confused by the swastikas, the traditional symbol of what many would like to describe as being traditionally “right-wing”, because it isn’t, and never was. People like filth blogger, Seppo Lehto, still finds facination with the symbol of the swastika, and though it has a non-Fascist back ground in Finnish military history it’s safe to assume that people like Lehto lean towards the more contemporary meaning behind the Finnish symbol, than what it used to mean in Finland during Finnish independence from Russia and during the Second World War (and still does presently).

Check out this Russian swastika. 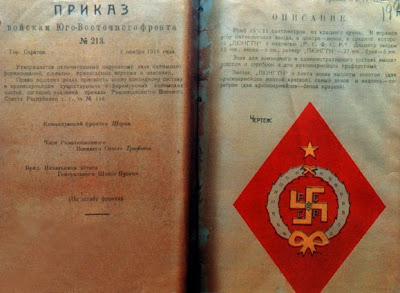 Just recently, Seppo Lehto commented here at the Tundra Tabloids, to correct a post in which the TT mentioned that Lehto faced 2 years and 4 months imprisonement for a whole host of offences. The TT is of the opinion that some warranted action while others clearly did not.

Seppo Lehto: “There is in next week 26-27.5.2009 2 years 7 mohths prisonery “Jesus Christus”-charges from mika illman and demands against Seppo Lehto in Turku hovioikeus… against muslims, even jews ( when Seppo Lehto talks in patrioottiradio about jews`s Antisemitic Cartoon Contests results how good those pictures were instead of those which were made by muslims ) – Look at that. When jews make pictures and laugh – According to state procecutor it is not allowed to Seppo Lehto not even nettiradiosketch – Do you agree that? “

First of all, it was stupid for Jews to make cartoons about the Holocaust. So I do not approve of the drawings, but the mere fact that they were drawn though, shouldn’t be grounds for the prosecution of anyone, Jew or non-Jew alike. Here is what I responded to Lehto, which I believe states the case rather well, if I do say so myself. KGS

Seppo you cross the line (with regularity) when you focus upon race and ethnicity, when in reality it’s all about ideology, nothing more nothing less. The moment you stray from focusing on the ideology which is the main problem facing our western democracies: Islam, Sharia and the jihad ideology that springs from it, ….you plunge yourself into indefensable positions of racism and bigotry.

I do admit that one must be free to voice his/her positions, but where I draw the line is when one attacks people for the ethnicity and race. You have defamed people that I know, leaders within the Finnish Jewish community for their race, as well as disseminating a lot of lies….that can never be approved of.

I believe that the charges of blasphemy against you are wrong and should never have been submitted, but you make it very hard to defend you by all the other highly offensive and racist material you produce. At the end of the day, your actions work against the very aims you claim to support, defending Finland and Western civilization from the highly rejectionable and destructive political/belief system of Islam.

Think about it. KGS