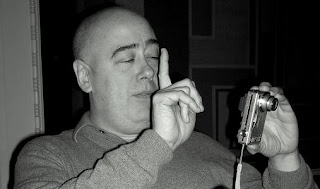 Gerard Spoong: “Geert Wilders incites hatred against Muslims, and Pim did not do that: he had sex with Moroccan boys in dark rooms.”

Andy Bostom responds to Bruce Bawer’s more recent post (http://www.brucebawer.com/ Thursday, May 6, 2009, 9:28 P.M) that was published at the badly soiled blog of Charles Johnson, LGF. Bawer is upset that certain individuals in the Counterjihad think he’s not giving the Vlaams Belang enough slack, and then delivers a major ear slapping to those who may or may not disagree with his libertine way of life. I think Bawer doth protest way too much.

Three years ago (February, 2006) while attending a Memorial Conference for Pim Fortuyn, and delivering this speech (“Jihad In Europe: Past as Prologue”) I witnessed, sadly, what the “heirs of Fortuyn,” members of his “The Pim Fortuyn List” were about.

A major Fortuyn “heir” delivered an unalloyed Islamic apologetic speech, and had the temerity to claim Muslims in Europe suffered “far more” than non-Muslims—victims of the Malaysian dhimmitude, or “Bumiputra” system—in Sharia-ized Malaysia. (Shortly afterward, Ibn Warraq, during his eloquent address, referred appositely, to that statement by the “The Pim Fortuyn List” member as ahistorical, and “disgusting.”) This same Fortuyn heir moral and intellectual cretin also made Karen Armstrong-like claims about the “benign” nature of the brutal Islamic jihad conquests of Africa, Asia, and Europe.

“Geert Wilders incites hatred against Muslims, and Pim did not do that: he had sex with Moroccan boys in dark rooms.”

But Bruce Bawer’s highly selective memory recalls none of this in his recent apoplectic posting (http://www.brucebawer.com/ Thursday, May 6, 2009, 9:28 P.M) ostensibly referring to the same subject matter.

Fortuyn and the creepy remnants of his “List” were/are a mere simulacrum of Geert Wilders (see here, here, here, here) and The Party For Freedom. Bawer might consider getting past (well past) his identity obsessed “politics,” and acknowledging this irrefragable truth, but that’s his choice.

All Articles Copyright © 2007-2009 Dr. Andrew Bostom All Rights Reserved Printing is allowed for personal use only Commercial usage(For Profit) is a copyright violation and written permission must be granted first.

It would better serve Bawer and the fight he holds dear, if he refrained from keeping his private life as an eternal ‘chip on his shoulder’. KGS