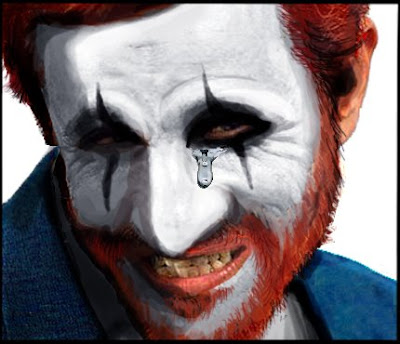 Ahmadinejad: How dare the Zionists defend themselves
Iran complains to UN about Israeli “threats”

UNITED NATIONS, April 14 (al-Reuters) – Iran demanded on Tuesday that the U.N. Security Council respond firmly to what it described as Israel’s “unlawful and insolent threats” to launch an attack on Iran’s nuclear facilities.

Israeli officials, including Prime Minister Benjamin Netanyahu and President Shimon Peres, have suggested the Jewish state could use military force to prevent Tehran from developing nuclear weapons, as the West suspects it is doing.

Iran insists it is only interested in building reactors that peacefully generate electricity. Iranian President Mahmoud Ahmadinejad, who has said Israel should be “wiped off the map,” has vowed to continue his country’s nuclear program.

Iran’s U.N. ambassador, in a letter to Mexican U.N. Ambassador Claude Heller, said Israel was violating the U.N. charter and urged the international body to respond clearly and resolutely. Mexico holds the rotating presidency of the Security Council.

“These outrageous threats of resorting to criminal and terrorist acts against a sovereign country and a member of the United Nations not only display the aggressive and warmongering nature of the Zionist regime, but also constitute blatant violations of international law,” Iranian Ambassador Mohammad Khazaee wrote.

“We’ll strike him,” Peres said in the interview.

Netanyahu and several of his military aides made clear in an interview with Atlantic magazine last month that the government was weighing the military option in dealing with Iran’s nuclear ambitions.

Khazaee said the remarks were “unlawful and insolent threats” based on “fabricated pretexts.”

A call to carrotsAnd the O-bow-ma administration is contemplating on “dropping its insistence that the Islamic republic immediately cease all activity in its nuclear program during the initial phases of talks.” More carrots for the Islamo-fascists who will take use it to their best advantage without giving up a scintilla of anything in return. The ‘call to carrots’, mirrors the statement by former Finnish President, Martti Ahtisaari, for Israel to engage in talks with the Hamas, with no preconditions. It’s a fools errand that will most certainly backfire, as much as the US’s new initiative with the Iranians, which will allow Iran the needed time to become a de-facto nuclear state. KGS