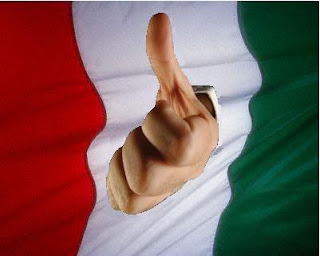 Italy is on the right track

Being an immigrant to Finland, I speak from experience, nothing causes a more thorough intergration, than being placed into the thick of society and forced to learn its language and experience its culture. That is not to say that there won’t be problems for children in learning in a foreign language, but kids are sponges, and given a bit of slack when needed, they will adjust rather quickly.

That’s the reason behind Italy’s new initiative that will seek to place a 30% cap on the number of immigrant students per classroom. Of course the cries of “racism” will be hurled at the plan, but I believe it to be racist to treat these immigrants as second class people, being not able to cope as other generations of immigrants have coped throughout history. Those who think like that are humanitarian racists, who believe that this generation of immigrants are less able to cope, when all they need is just a chance to compete with all the rest. KGS

ROME (Reuters) – Italy’s center-right government wants to introduce a 30 percent cap on the number of foreigners per school class in the belief that it will help immigrant children integrate with Italians, a minister said on Tuesday.

“We are thinking of a 30 percent quota,” Education Minister Mariastella Gelmini told local television.”There have been many cases of classes almost entirely made up by immigrant students and obviously such conditions are not ideal for proper integration.”

Immigrant children would learn more Italian if they mixed with more local students, the minister said. Quotas are the latest in a string of initiatives aimed at regulating immigrants, including tougher laws against illegal immigrants, which have boosted Prime Minister Silvio Berlusconi in opinion polls but also provoked accusations of racism.

Gelmini has been one of his most controversial ministers, provoking school and university protests with reforms aimed at cutting teaching staff and increasing discipline.