Skip to content
Home
/
2009
/
February
/
16
/
Uncategorized
/
IDF: Civilian Deaths in Gaza War no Higher Than Third of Total…….
Facebook
Twitter
Google+
LinkedIn
Pinterest
As predicted, once the dust settles and all the Hamas lies sorted out by the truth, the reality of what took place during Operation Cast Lead, will more closely resemble the Israeli narrative than what the media reported at the behest of Hamas. Thanks to the international media’s (wow what a golden opportunity to trash Israel) style of reporting on the Gaza War, much of the Hamas’ propaganda was willingly swallowed hook line and sinker. 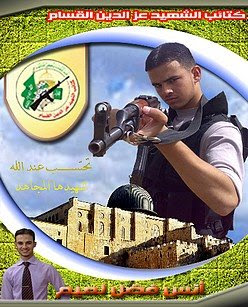 Anas Naim, a nephew of Hamas Health Minister Bassem Naim, who was killed on Jan. 4 in Gaza City, was described in Palestinian reports as a ‘medic.’
IDF: World duped by Hamas’s false civilian death toll figures

Four weeks after the cessation of Operation Cast Lead, the IDF finally opened its dossier on Palestinian fatalities on Sunday for the first time, and presented to The Jerusalem Post an overview utterly at odds with the Palestinian figures that have hitherto formed the basis for assessing the conflict.

While the Palestinian Center for Human Rights, whose death toll figures have been widely cited, reports that 895 Gaza civilians were killed in the fighting, amounting to more than two-thirds of all fatalities, the IDF figures shown to the Post on Sunday put the civilian death toll at no higher than a third of the total.

The international community had been given a vastly distorted impression of the death toll because of “false reporting” by Hamas, said Col. Moshe Levi, the head of the IDF’s Gaza Coordination and Liaison Administration (CLA), which compiled the IDF figures.

As an example of such distortion, he cited the incident near a UN school in Jabalya on January 6, in which initial Palestinian reports falsely claimed IDF shells had hit the school and killed 40 or more people, many of them civilians

In fact, he said, 12 Palestinians were killed in the incident – nine Hamas operatives and three noncombatants. Furthermore, as had since been acknowledged by the UN, the IDF was returning fire after coming under attack, and its shells did not hit the school compound.

“From the beginning, Hamas claimed that 42 people were killed, but we could see from our surveillance that only a few stretchers were brought in to evacuate people,” said Levi, adding that the CLA contacted the PA Health Ministry and asked for the names of the dead. “We were told that Hamas was hiding the number of dead.”

But that’s not all, not only did Hamas wage a war against Israeli civilians, a war crime, it stole food and materials from its own people, murdering and maiming many of its opposition, and yes, appropriating medical supplies and using medicine containers as makeshift hand grenades. 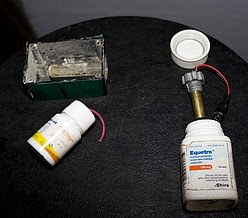 The $64 000 question is, will the media now use their energy in correcting the distorted image that they created in trashing Israel, or will all of this be placed into that dark memory hole the anti-Israel media is so fond of? KGSH/T: Israeli MFA