The Tundra Tabloids has said for years that it’s the Islamic leadership itself that bears the greater responsibility for the integration of Muslims into Western society, for they control the direction that the Islamic community will take, not the non-Muslim community. But what’s one to think when time and again, supposedly “moderate” Islamic leaders turn out to be anything but..”moderate”?Enter Dr.Andrew Bostom, who does us all a favor in shedding some badly needed light on the:Honorary Knight Commander of the British Empire 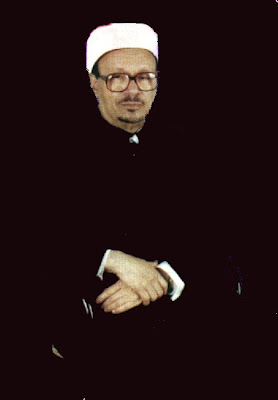 Zaki Badawi, Britain’s “Urbane,” “Moderate” Shari’a Supremacist
Andy Bostom: In the wake of Britain’s repulsive behavior towards Geert Wilders—barring his entry to speak at a House of Lords showing of his [1] sobering, realistic film, Fitna, and demonizing him in uninformed press accounts, left, center, and right, and pious denouncements by so-called British “leaders” from across the political spectrum—it is worth reviewing these observations by the respected British scholar of Islam, Dr. Mervyn Hiskett, in [2] Some to Mecca Turn to Pray, first published in 1993.

Hiskett noted (p. 235) the prevailing opinion among leaders of the British Muslim community (i.e., already, almost two decades ago) that unless Muslim immigrants to Britain were allowed unrestrained access to Islamic Law, Shari’a, in all aspects, Britain was to be regarded, Dar-al-Harb, or the House of War, i.e., the target of jihadism. Citing what he characterized as “a more urbane but some may consider ominous statement of the Muslim intention to brook no opposition,” Hiskett quoted Zaki Badawi (d. 2006), a Muslim scholar, and former Director of the Islamic Cultural Center, London, who was made an honorary Knight Commander of the British Empire (KBE) in 2004, and also appointed by The Duke of Castro as a Knight Grand Cross of the Royal Order of Francis I:

A proselytizing religion cannot stand still. It can either expand or contract. Islam endeavors to expand in Britain. Islam is a universal religion. It aims at bringing its message to all corners of the earth. It hopes that one day the whole humanity will be one Muslim community, the ‘Umma’ 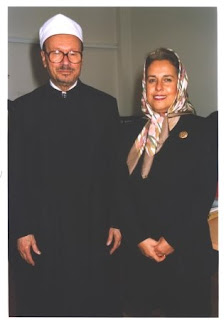 I have a British friend active in trying to make the UK public aware of the Darfur genocide. He told me that he happened to meet Badawi at Heathrow Airport and Badawi told him that he had never become a British subject although he had lived in the country for more than 30 years, and had received all manner of honors there. My friend also told me that he tried to enlist Badawi’s support in opposing the Darfur genocide. Badawi responded that “sub-Saharan Muslims don’t interest me. They’re really all polytheists.”

All Articles Copyright © 2007-2008 Dr. Andrew Bostom All Rights Reserved There is no such thing as moderate Islam or in fact, moderate Muslims, but there are though, “modernist” Muslims, those who reject sharia in all its forms, as well as rejecting all the vile portions within the Koran and Hadiths that promote not only the “Jihad Ideology”, but also the subjugation of all non-Muslims under Islamic rule.These are the Muslim leaders with whom Western politicians should be communicating with, and as long as Western politicians and non-Muslim religious leaders keep getting it all wrong, then the process of the West’s Islamization will continue unimpeded. KGS
All is well, the gang’s all here! 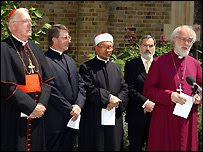