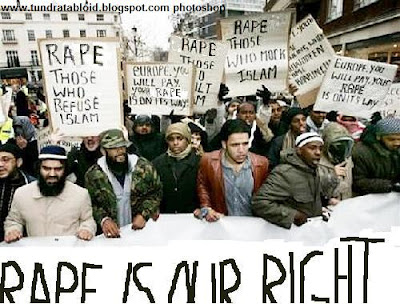 The warped new tactic was revealed by a reformed Algerian militant. Abu Baçir El Assimi said: “The sexual act on young recruits aged between 16 to 19 was a means to urge them to commit suicide operations.”

A 22-year-old had suffered sexual injuries before being shot dead on a suicide mission in Tademaït, Algeria, three weeks ago. Samples taken from his body are being analysed in a bid to identify his torturer. And the US military discovered two years ago that al-Qaeda were dishonouring women in Iraq to turn them into suicide bombers. A terror leader would marry, then let another man rape his wife.

And just recently it was revealed that an Iraqi woman recruited over 80 women for homicide/suicide missions, who were first raped by al-Qaida thugs, then coaxed by Jassim into doing the ‘right thing’ to regain their honour. Pure evil. 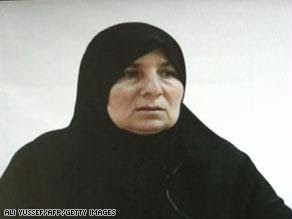 We are led to believe that the reason behind suicide bombings and other suicide missions against the infidel, is due to a feeling of hopelessness, oppression and humiliation that stems from the West’s intrusion into the Middle East and policies back home. Well it appears that the West hasn’t been doing enough humiliating, so the jihadis have to help it along. The Sheik has much more on Jihadi perversions here. KGS