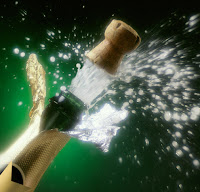 Not that’s something worth celebrating. While the world mourns the passing of these jihadis, the Tundra Tabloids offers a toast to the boys who put their necks on the line for the safety of their people.
It’s a tragedy that didn’t have to happen, the Hamas could have chosen the option of running civil government, boring as that may be for them, but it would have improven the quality of life for the people living there.
But that wasn’t about to happen was it? Because being a genocidal Islamic fundamentalist organization demands being at continual war with Israel. If it were ever to be successful, then the rest of Palestinian society will come under its guns as well, for you see, only highly religious Muslim males fare well in Hamas’ society, all others, are to be either under toe and heel, or dead.

IDF troops in the Gaza Strip on Saturday targeted Hamas operative Amir Mansi, a senior member of Izzadin Kassam, the group’s military wing. A senior commander of IDF operations in the Strip said that Mansi was the head of the Gaza Strip rocket division, and was previously involved in dozens of rocket attacks against Israel in recent weeks.He was also known to be a close associate of Hizbullah, and received information from the group on a regular basis. Mansi was killed while attempting to fire mortars at Givati troops at Jabal Rice, in the northern Gaza Strip. Two other combatants were also hit. The IDF commander said the fact that Mansi was personally involved in attacking Israeli troops showed that the Hamas military wing was in a serious state of distress, as senior Hamas operatives would not ordinarily venture out into battlefields. The IDF officer also said that entire companies of Hamas had been completely wiped out, and some Hamas fighters had gone AWOL or fled battlefields. They are afraid to come out and fight, that’s why Mansi went out to fire rockets on his own,” the officer said. The officer also said that Hamas had replicated nature reserves that the IDF found in southern Lebanon in 2006, with built-up urban areas in Gaza City. The group was said to have built up tunnel systems in such a manner that if the IDF deepened its operation into the city, it would encounter face-to-face and hand-to-hand resistance. Meanwhile, the IDF announced that at least 300 Hamas operatives have been killed since the ground offensive stage of Operation Cast Lead was launched a week ago. The IDF estimate was backed up by intelligence.

The Hamas propaganda machine has been busy though, churning out highly suspicious number of civilian fatalities amongst the dead and wounded. Hamas shill, Mads Gilbert helps out by stating in a BBC “Hamas sourced” video that: “of all the hundreds of casualties he’s seen, only two were fighters.”

Mads Gilbert is not THE only Western source in Gaza, Susanna Kauppi has been interviewed by the Helsingin Sanomat about the humanitarian situation in the Shift Hospital. The Finnish surgical nurse, spoke of the difficulties and the sadness there, but refrained from giving anti-Israel bromides and propagandizing for the Hamas.
The Tundra Tabloids trusts the figures the Israeli MFA is giving presently, and once the dust settles, their figures will more closely match the truth than the Hamas’ and Mads Gilbert’s. Remember, Israel’s enemies prefer death, while Israel tries to protect life. It’s a key distinction between the two. KGS