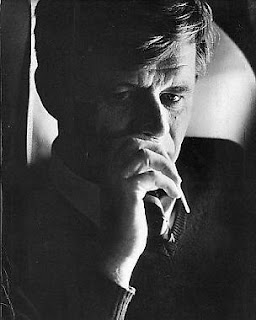 Anyone familiar with the masterpiece by Joan Peters titled “From Time Immemorial: The Origins of the Arab-Jewish Conflict over Palestine”, will notice after reading the newly re-published dispatches written by the late Robert F.Kennedy for the Boston Post, how much the latter supports the narrative of the former.

Reading the RFK Dispatches, one can can easily find the similarities in the Arab view of Jews in 1948, with that of the Arab’s present day opinions. Not much has changed since then, if at all.

RFK (03.06.48): “They (the Arabs) are willing to let the Jews remain as peaceful citizens subject to the rule of the Arab majority just as the Arabs are doing in such great number in Egypt and the Levant states, but they are determined that a separate Jewish state will be attacked and attacked until it is finally cut out like an unhealthy abscess.”

The charter of the Palestinian terrorist organization, Hamas, says as much, while the PLO merely pays lip service to the “two state solution”, it has no other choice. The former openly states what the latter privately wishes, but deep down, both would like nothing better than to see the state of Israel destroyed.

RFK (03.06.48): “The combination of arduous labor and almost unlimited funds from the United States changed what was once arid desert into flourishing orange groves. Soils had to be washed of salt, day after day, year after year, before crops could be planted. One can see this work going on in lesser or more advanced stages wherever there are Jewish settlements in Palestine. From a small village of a few thousand inhabitants, Tel Aviv has grown into a most impressive modern metropolis of over 200,000. They have truly done much with what all agree was very little.”

That most certainly upholds the historical narrative about the areas under Jewish development, which were usually not the best real estate, with these areas having to be treated for salt, or drained if it were swamp land. These settlers were turning unused tracts of land into something that could be utilized for a future Jewish state. No small feat when you consider the circumstances.

But this next observation will come as a shell shocker to those people who cling to the myth that the Arab “Palestinians” have been living there in mass for centuries, undisturbed, until the period of Jewish immigration began in the late 1800’s. Contrary to that myth propagated by the Arabs and their supporters, most of the Arabs at the time were as much immigrants to the area called Palestine as the Jews were. Read on.

RFK (03.06.48): “The Jews point with pride to the fact that over 500,000 Arabs in the 12 years between 1932 and 1944, came into Palestine to take advantage of living conditions existing in no other Arab state. This is the only country in the Near and Middle East where an Arab middle class is in existence.”

This is exactly the same point that Joan Peters was making in her book From Time Immemorial, that the Arabs in the area should be thanking the Jews who purchased the land from Turkish and Arab land owners in the area, for ending the miserable institution of of indentured servitude. That horrible institution, along with famine, disease, raids and money lending, were the prime reasons for the destitution of the populace, the constant shift in peoples to help repopulate it, and for the land falling into ill use.

RFK (03.06.48): The Jews feel that promise after promise to them has been broken. They can quote freely, for example, from speech after speech of Labor Party leaders in the election campaign prior to the victory of the Labor Party in England, to attest to the fact that one need not even refer back to the controversial Balfour declaration to learn Britain’s attitude and promises toward a Jews state was to be one of the first acts of the Labor government if it were put into power. The Jews, remembering this, have rather bitterly named the black bombed out [area] in the Ben Yehuda disaster, “Bevin square.” [An Arab car bomb in Jerusalem in February 1948 killed some 50 people.]

Muslim terrorism isn’t a new phenomenon. While indeed the present age has seen one monstrous atrocity after the other perpetrated by Muslims -against Jews and other non-Muslims, with the lion share of those atrocities being exacted from Muslim populations- Islamic terrorists have been murdering people for ages. And yes, Jewish terrorist organizations during the Mandate period have committed atrocities as well, but they most certainly pale in comparison….by far.

These are only few of the examples found in the RFK Dispatches that help underline the Israeli historical narrative of events. The Tundra Tabloids will be posting all this week on the same theme, highlighting the events that Robert Kennedy deemed important enough at the time to relay to his American readers, as well as how they dovetail with the traditional reading of modern Israeli history. Supporters of “New Historian” revisionism on Israeli history beware. *L* KGS