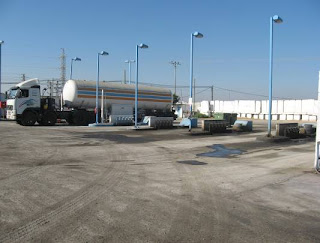 Palestinians continue to bite the hands that try help them. It was a Palestinian attempt to abduct more Israelis. The attack ended up killing two Israeli citizens working at the plant, which by the way has been repeatedly shelled by Palestinians all the while they complained about the lack of fuel.
Finnish media about that fact…silent. Here is the the statement from the Israeli Foreign Ministry Spokesman:
Attack on the Nahal Oz Crossing into Gaza – 9 April 2008
Statement from the Foreign Ministry Spokesman

Israel views the Hamas, who controls the Gaza Strip, as responsible for today’s (9/4) terror attack on the Nahal Oz fuel crossing terminal. Hamas bears the responsibility for this attack, and will bear the consequences as well.

Today’s attack proves yet again that the terrorists in Gaza not only attack Israelis, but also try to harm the civilian infrastructure that allows a normal way of life in the Gaza Strip. It is plain to see that the terrorists’ goal is to kill as many Israelis as possible while also undermining any example of coexistence between Israelis and Palestinians, such as occurs at the crossing points between Israel and Gaza.

Israel transfers food, fuel, medicines, equipment and humanitarian supplies on a daily basis to the residents of the Gaza Strip. The terrorists who attacked the fuel terminal today are trying to harm this activity and thereby harm the lives and welfare of the residents of Gaza.

Israel will determine how to defend itself and will act against the terrorist organizations, their commanders and operators. At the same time, Israel will continue with its efforts to prevent a humanitarian crisis in Gaza.

Attack on the Nahal Oz Crossing into Gaza
9 April 2008

The attack was aimed at the main Gaza Strip fuel and gas terminal, which supplies millions of liters of gasoline and diesel for electricity and transportation, as well as gas for cooking. Immediately prior to the attack, the latest delivery of European Union-funded fuel for Gaza’s main power station had just been completed.

The attack aptly illustrates the cynicism of the Hamas and other terrorist organizations, who with their own hands sever the central civilian lifeline to the Gaza Strip. While this is one of the more tragic attacks on a terminal, this is not the first time a humanitarian crossing has been attacked. These crossings have been frequent targets of mortar bomb attacks.

On the one hand, Palestinian and other interested parties in the Strip complain of the difficult situation, while on the other, Palestinian terrorists attack the main civilian energy source. This is an intentional attack on one of the central sites of humanitarian cooperation between Israelis and Palestinians.

The Hamas terrorist organization bears direct responsibility for the continued policy of terrorism, which it is carrying out on the backs of the Palestinian population, causing immense suffering to the entire population including women, children, the sick, and the elderly.

Israel expects international organizations, who are quick to criticize Israel for problems in humanitarian supplies delivery, to roundly condemn this attack, placing the blame firmly on the terrorist organizations that attacked the crossings today, as well as in the past.

A bunch of marauding moronic Neanderthals. The apologists for terror will soon be out with their predictable spin about how Israel is tightening down once again on the Palestinians, without mentioning of course the Palestinian attacks on Israel, the murder of its civilians in cold blood and targeting a station that feeds the Gaza Strip with needed fuel.
Israel is expected to just “turn the other cheek”, something of which Christian states would never be expected to demand from themselves. Israel is expected by the West to show restraint and continue to act as if nothing as happend, I wonder what the Swedish FM would do in a similar circumstance, continue to dance around the May pole?
It’s the absurd knocked up to the umpteenth power. More here. *L* KGS 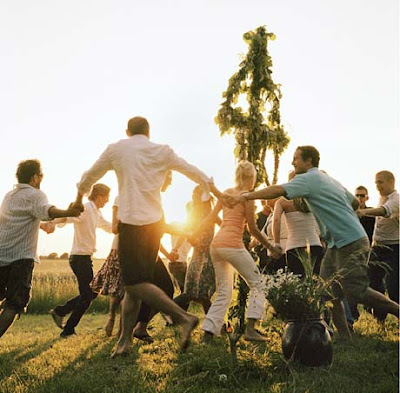 UPDATE: The Tundra Tabloids Israeli MFA source has more info on just how important the Nahal OZ fuel station is to the Gaza Strip. And to think that these morons attack it.

Nahal Oz is the only fuel terminal of the Gaza Strip. It is located near the border between the Gaza Strip and Israel, north to the Karni border crossing and operated by the fuel company “Dor Alon”.

Every week, fuel is transported from the terminal according to the following specification:

The meaning of the attack on the terminal is to hit the only energy lifeline of the Gaza Strip.

TT: real smart of them huh? And then their western apologists say that Hamas gets high marks for its humanitarian efforts. Bullsh*t