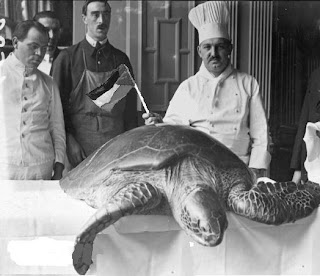 A rare sea turtle gets the same treatment any Jew would receive if caught being in the wrong place at the wrong time.

A Reuters cameraman said the fishermen collected the giant turtle’s blood and gave it to children suffering from trauma and adults with back problems.

See how nice Al-Reuters spins the story to show how thoughtful the Palestinians who butchered the rare sea turtle were? They were concerned for the sufferinging trauma and adults with back problems.

How nice is that? 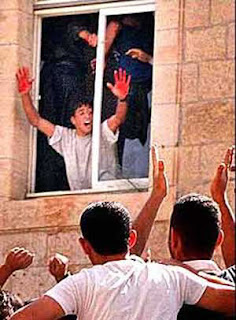 If it were Israelis that butchered the rare sea turtle, Al-Reuters would have most certainly included comments from expert marine biologists representing Green Peace and the World Wildlife Foundation. We would have seen an umpteenth number of reports being filed about the plight of the poor rare sea turtle, and how cruel the Israelis were for killing it.

The media exhibits a form of racism towards the Palestinians, ín their refusal to hold them to the same moral standards that they demand from the Israelis. It’s one of the reasons why they consistantly turn a blind eye to Palestinian atrocities, while insisting Israeli security measures are unfair.

Like I said earlier, the turtle got the same treament as would any Israeli Jew who happened to stray into the wrong area at the wrong time. Their love fest for blood is plain to see. More here. *L* KGS

NOTE: Blogger TINSC sends the following story that dovetails nicely with this one, on how the media treats the IslamOfacists with kid gloves.

Here’s what CNN had to say about Zawahiri’s remarks:

Al Qaeda No. 2: We don’t kill innocents (CNN) — The second-in-command of al Qaeda has said the terrorist group does not kill innocents and that its leader Osama bin Laden is healthy, according to a transcript of an audio tape released by radical Islamist Web sites.

I think this is an excellent example of how the news media filters the news in an intentionally biased fashion. Don’t you?