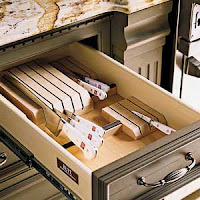 In order to get Israelis to back his suggestion for the release of convicted murder, Marwan Barghouti, National Infrastructure Minister, Binyamin Ben-Eliezer raises the alarm about a potential Arab “fifth column” in Israel. According to Ben-Eliezer, Mahmoud Abbas is a “good guy”, but unable to do anything, so he wants to put Barghouti back on the streets of the WB to help secure it from a Hamas takeover. I guess Ben-Eliezer believes that subletting Israel’s security concerns to a man who has a history of murdering Jews, … is a great idea.
National Infrastructures Minister Binyamin Ben-Eliezer on Saturday strongly criticized the ongoing peace talks with the Palestinians, warned of the establishment of a bi-national state in Israel and reiterated his call to free jailed Tanzim leader Marwan Barghouti.
“Only freeing Barghouti can change the picture. I respect [Palestinian Authority President Mahmoud] Abbas and [PA Prime Minister Salaam] Fayad. They are good people. But what happened to the 60,000 weapons transferred to them? Everything is now under Hamas’s control. I am looking for someone with whom a deal can be struck,”
Stupid is as stupid does. Replacing one terrorist with another terrorist will not get you less terrorism, but more. Barghouti hates Jews and Israel with a passion, has called for a bi-national state (read= destruction of Israel) just as Abbas has done in the past, and has threatened Israel with more violence (read=terrorism) if Israel doesn’t dance to his tune.
It is ludicrous to believe, yet again, that another terrorist has his hands on the reigns to peace, and if only the “the right terrorist” is found and backed, will there be a chance to end the conflict. The Labour Lefties prove once again, they are not the sharpest knives in the kitchen drawer. More here. *L* KGS