Daniel Pipes has receives his second apology from an Islamist organization!

PHILADELPHIA – The Muslim Weekly, a London-based publication, issued an apology today to Daniel Pipes, director of the Middle East Forum, concerning a defamatory article it published in February 2007. 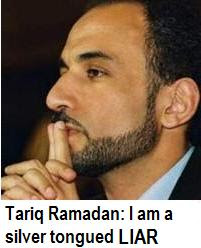 On February 9, 2007, the Muslim Weekly published an article,
“World civilisation conference: Professor Tariq Ramadan on Islamic Threat,” under the byline of Dr. Mozammel Haque, concerning a speech given by Professor Ramadan on 20 January 2007.
We reported that he (Tariq Ramadan) accused Professor Daniel Pipes, an American specialist on the Middle East, of lying in his speech to the same conference about the religion of an Egyptian Muslim.
We now understand that Professor Pipes spoke accurately and that he did not lie. We retract what we wrote about him and apologise to Professor Pipes for any distress caused by our article.
Reacting to this apology, Mr. Pipes said: “I am delighted that Muslim Weekly recognizes there is no truth whatsoever in Tariq Ramadan’s allegations concerning my statement at the World Civilization Conference, and that it has forthrightly set the record straight.”
From DR.Daniel Pipes website:
“So far as I know, these two apologies are without parallel. I hope they become part of a trend, whereby parties that spread false information wrongfully discrediting anti-Islamist writers and activists must publicly retract their libelous statements.”

That settles it. The record is now clear on Tariq Ramadan, he is a propagator of lies and deception. Taqiyya. The Tundra Tabloids knew that way before Muslim Weekly’s acceptance of the truth that Ramadan lied. This revelation makes Tariq Ramadan into an untrustworthy public figure, and anything he says in the future concerning Islam, must be weighed against his history of distortions, half truths and bald faced lies.

Hats off and KUDOS to Dr.Daniel Pipes and the Legal Project! *L* KGS