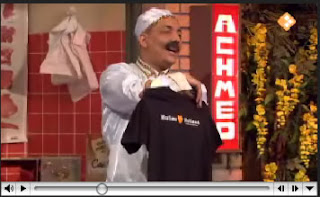 Two weeks ago a group of Dutchmen started a petition called “Holland Loves Muslims”. It aimed to reach 50,000 supporters but so far has only received 2,000. At the same time it has received between 1,500 and 2,000 hate e-mails. FM: Nieuws

We the unheard ask you to sign our petition.

We want to bring this message to the World of Islam where since Hirsi Ali and “The submission videos” people believe that Holland is in the hands of Muslim-bashers. We want to say this to our fellow Dutch citizens, non-Muslims, and Muslims. So that they remember the face of their ordinary Muslim, non-Muslim colleagues, friends, students, business partners, before they start talk about “Islam”.

We want to make it clear that Wilders and other Mulsim-bashers are not running this country. We want to let our fellow Muslim citizens know that this country is their homeland, that they in their daily lives enjoy the openness and the chances of a democratic society like all citizens of The Netherlands do. We think that this is a fact. That, in fact this is valid for the experience of many and most of the Muslims in The Netherlands.

We say it loud and proud, let the whole world hear and know. Against all odds and prejudice and propaganda of Wilders and like-minded hyped up media feeders.

The response has been truly telling, the petition is getting inundated with hate mail. *L* KGS

H/T: Bad News From the Netherlands