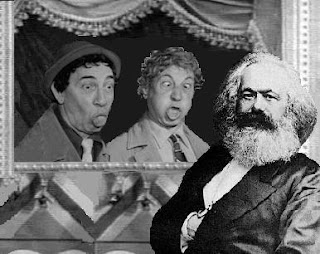 Part III. It’s not only the Arabs who are upset over Israel’s participation in the upcoming bookfair in Turin Italy, (blogged earlier here and here) the Communists are not pleased either!

The controversy over the decision to invite Israel as a guest country does not seem to be able to make Fiera del Libro (the Turin International Book Fair) and the local authorities, which are promoters of the event, change their mind. However, the issue will be discussed again on February 5, when the fair’s board of directors, which is chaired by president of the Piedmont region Mercedes Bresso, will convene.

But that’s not all, the regional councillor for culture, Gianni Oliva, has tried to explain that it is not the politics of the state that are represented at the bookfair, but the culture of the state. The Islamist-Socialist nexus is then laid bare for all to see:

“Oliva does not tell the truth, and he should read once again the official statement of the fair, where it is stated that the selection of Israel as a guest of honour has been made on the occasion of the 60th anniversary of the foundation of the State of Israel, a clear political choice that has nothing to do with culture, a celebratory will that we consider mistaken,” regional councillor of the Italian Communists Vincenzo Chieppa said.”

He then goes on to say that if they include the Palestinian National Authority, then perhaps things can be smoothed over. He’s a lying sack for saying that, what he objects to most, is the inclusion of Israeli culture, and like a good dhimmi socialist he’s more than willing to dance to the tune the Arabs are playing. More here. *L* KGS