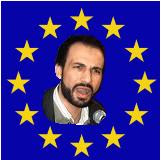 Esther over at Islam in Europe, delivers an excellent review of a book that goes under the title of “Islamists and Naivists: An Indictment”. The book –unfortunately not yet available in English– was co-authored by Karen Jespersen and Ralf Pittelkow, in response to the Mohamed cartoon crisis.

Esther mentions that the two authors use the play by Swiss author Max Frisch, “Biedermann und die Brandstifter or The Firebugs (USA) and The Fireraisers (UK)”, as a comparison to the present day situation here in Europe.

This reminds me of a conversation I had with a Finnish academic a few years ago, who drew a similar comparison between how Europe is currently behaving now, and how Jews in Europe behaved to the coming Nazi danger in the 30’s. The academic stated that people who are publicly targeted for violence have extreme difficulty in believing that the words of violence being directed against them, could possibly reflect the true intentions of those who are working towards their inevitable destruction.

But ironically, it is that same European guilt over the Jewish Holocaust, which is now being used by the Islamists, –regardless of whether they are of the violent version or not– for their own advantage and to the detriment of Europe. It is furthering the process of Europe’s eventual entrance into the “Dar al-Islam” , or the House of Islam.

Remember, the only requirements for an area to be considered as belonging to the house of Islam, is:

This scenario presents itself as a clear and present danger, and coupled with the self delusion of our European political and academic elite that no threat exists, Europe is racing towards the edge of a very steep cliff with blinders firmly in place and caution thrown to the wind. *L* KGS