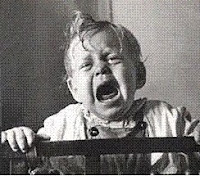 Twenty Muslim organizations showed up at the Hague this last Tuesday, to demand “respect for Islam“. They also intend to see if Dutch parliamentarian, Geert Wilder can be brought up on charges for offending Islamic sensablities.

According to the Muslim committee called “Respect for you and me” “Respect for me and none for you“, they’re still upset that the Hague had originally allowed for Iranian Sooreh Hera’s exhibition of homosexuals with masks of the prophet Mohammed to be shown.

But since then, the Hague museum caved in to intimidation due to claims that the exhibition of the pics would be “offending and polarizing”. But wait, it doesn’t end here, another museum is thinking about taking up the challenge!

“The municipal museum of Gouda, has meanwhile announced it will exhibit the pictures. According to director Ranti Tjan, “Art cannot be rejected for political reasons”.

So it looks like the group of intolerant “respect demanders” have their work cut out for them. They’ll be seen marching around with their signs that read “death to those who don’t respect the leader of the religion who demands death to those who show no respect” …and win multitudes. More here. *L* KGS