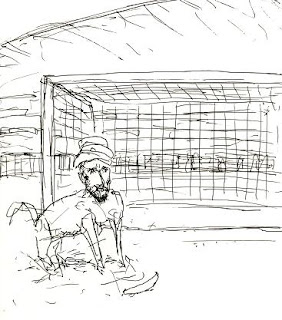 The Swedes pick up where the Danes left off. This latest round of Scandinavian cartoons featuring the Muslim’s prophet Mohamed, (this time as a dog) contains a bit of a twist. According to the blog of Denmark’s Jyllands-Posten’s culture editor, Flemming Rose;

“A group of secular Muslims in Sweden wants to organize an exhibition showing drawings of the prophet Mohammed as a dog and subsequently stage a public debate with the artist, Islamic scholars and other opinion makers.”

In my opinion, this is the right way to address serious concerns over the treatment of something deeply revered by a segment of society. Allowing for an open, free discussion with the offending party to present his/her views of why it is to sometimes necessary to “offend” –either a certain group or collectively held ideals and values– shows political maturity by these Muslims.

Iran however, is trying to once more lift its profile as the “vanguard of Islam”, being the first Muslim state to call a Swedish ambassador in for “a personal chat”. The Local has more here.

The Iranian government told Von Bahr the cartoon was “offensive to Prophet Muhammad,” Björkander said, refusing to disclose any further details of the meeting.

The cartoon was drawn by Swedish artist Lars Vilks, whose series of drawings of the prophet as a dog have sparked a controversy in Sweden. Several art galleries refused to display the sketches amid fears of angry reactions from Muslims.

The Gates of Vienna has been keeping a very close watch on the developments here. I doubt seriously that the Finnish media will be interested in reporting on this story in any great detail, since it would mean either including a picture of the offending artwork, or noticeably refraining from doing so, choosing rather to use words to describe the Mo-hound instead. KGS