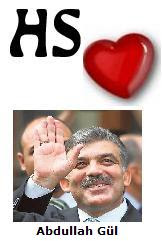 Those of you who read the Tundra Tabloids on a regular basis (for which I am thankful) are well aware that the TT follows the Helsingin Sanomat rather closely, both its editorial pages as well as its foreign news section.

Last week, the HS’s editorial department slathered over the Hamas, which amounted to nothing less than a call/demand for the Quartet to rescind its boycott of the terror group, and begin direct communication with Hamas’ “moderate voices”.

Tundraman has already observed that:

“What strikes me as most appalling is the systematic tendency in this Editorial to call for acknowledgement of the legal way in which Hamas came into power (election) and to use this as a compelling reason not to ignore Hamas, while, at the same time, totally ignoring the ILLEGAL means by which Hamas overthrew Fatah in Gaza and thus gained dominance there.

The Editorial thus tacitly supports the illegal means used by Hamas (violence) by failing to condemn them and by failing to draw the obvious conclusion: a legally elected group who uses illegal means to gain dominance over its legal partner in the government has lost its mandate.”

The default position of the Leftist news media —that the West is to blame for everything happening in the ME and throughout the Islamic world— demands the use of the oxymoron Hamas moderates”, …though none actually exist. If there were actual moderates within the Hamas organization, they would be swiftly executed, so in fact, none exist….or at leastnot for long.

In today’s edition of the Helsinki news daily (subscription and in Finnish), we are treated to yet another example of just how much the HS is in love with (or ignorance thereof) the Islamists. This time its Turkey’s ruling party of the AKP, and according to which:

Gül hasn’t been blamed successfully for anything other than his wife’s use of the forbidden head scarf in Turkish governmental offices and in universities. It’s a very strange excuse for the military to stop the country’s favorable development and try to return it to a time of dictatorship.”

The editorial shows some disturbing signs of ignorance over the significance of the Islamic head scarf, as well as the role an Islamist president could play in the further development of Islamisim within what has been up till now, a very secular Turkey. The secularists fear a return to Turkey’s non-secular past, with the AKP in control of all the branches of government, and if allowed carte blanche to appoint the judges of their liking, then all bets are off. Does the EU really want this kind of country as an equal member?

In 2004, the AKP passed a law that forced out thousands of civil servants who were replaced with AKP loyalists. The Islamist structure is being slowly built brick by brick, as not to draw to much suspicion, if AKP is allowed to get away with grabbing the presidency, and with no reaction from the army, –due to pressure from Europe– then we will most likely see a more rapid process of Islamitization of Turkish society.

But that will be fine with the Finnish flag bearing newsdaily, the Helsingin Sanomat, because they just love the Islamists who use democracy to come into power, they just can’t get enough of them. *L* KGS