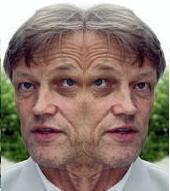 Sweden’s Chancellor For Justice, Göran Lambertz, is about to make news yet again, with his investigation into the blog of the current Swedish Foreign Minister, Carl Bildt. Baron Bodissey at the Gates of Vienna had blogged earlier about it (in full), and includes the translation of some of the “offending” comments:

ln said… Is “Kalle” now gonna become a world celebrity?”About the Palestinians you can only say this: let them all burn in hell as long as their only objective is to obliterate everyone of us Jews. These parasiting (sponging?) mass murders has no raison d’être.”

“What good does the Palestinians do on this earth? In a steady and continous stream that are giving birth to new terrorists? They brain wash their kids to become massmurdering-muhammedans? By begging they are collecting development assistance? They kill innocent people? Oppress their women? Not the hell do they do anything reasonable? They are and they remain just worthless riff-raff.”

The Local also includes some of its own translations:

One of the comments being investigated called Palestinians ‘spawn of Satan,’ while another called them ‘a bloody pack of murderers.’ In one comment, a reader said: ‘give us 24 hours and all Palestinians will be gone, and we’ll have 100 percent of Israel.’

The problem I have with all of this, is the apparent gross double standard in which this whole affair is being handled. Treating a few rather “highly charged” as well as ambiguous comments as if they represent a whole history over a number months or years is akin to “making a mountain out of a molehill”.

The very same “Chancellor of Justice” dismissed an earlier case against a mosque that was using and selling video tapes that incited its followers to declare “jihad” against all Jews (= to all out murder/genocide).

calling them apes and pigs, cursing them and calling for Jihad against them, emphasising particularly that suicide bombing is a very effective weapon against them. And the motivation of the JK? He thinks that these statements “should be differently judged and considered to be allowed/legitimate, because they are used by one party in an ongoing deep conflict where battle cries and defamation are contained as everyday elements in the rhetoric around the conflict”.

In other words, the statements do not, according to the JK, break the Swedish law against incitement! If such is the ruling of the highest law in Sweden, it effectively legitimizes islamic antisemitism, which is really the first step towards a new Holocaust! This has to be virulently fought, by legal means.”

This was a case in which the perpetrators intended to instill a culture of hatred against Jews, yes, even those living in Sweden. Though it’s true that people shouldn’t paint a whole national group with a very wide brush, but poll after poll taken in the Palestinian Authority shows the majority of Palestinians denying the right of Israel to exist, and that acts of genocide (exm, suicide/homicide) are acceptable to them.

If the Swedish Chancellor of Justice was really interested in justice, he would have tried to convict the leaders of the mosque instead of condoning their racism.