Whether their security is ”chequered’ or not, there are portions where there is no security threat and these people need to take up shop there…

It’s a fact that the overwhelming majority of these so called ”refugees/asylum seekers” have been frauds. That fact alone is enough indicator that they are not running from security situations, that Iraq has reached a measure of normality. They need to be sent packing.

Migri officials say the agency does not hand down decisions on asylum applications based exclusively on the information contained in the assessment. 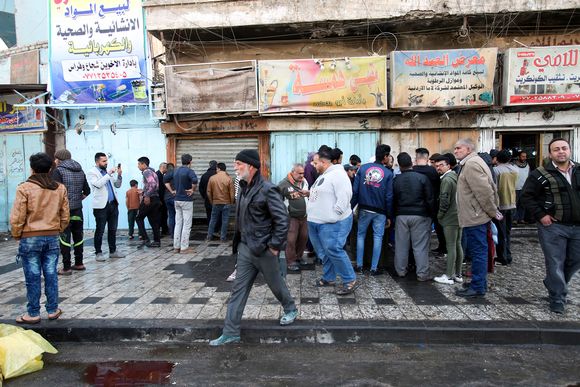 The Finnish Immigration Service Migri released a report on Tuesday assessing the security situation in Iraq as improved.

However two Migri officials who visited Baghdad from October to November last year said that the security situation throughout the country is chequered.

The report on the fact-finding mission said that in Baghdad in particular, there have been kidnappings by criminal groups demanding ransoms for their victims’ return.

Overall however, the officials said that the situation has improved compared to two years ago. According to data from Migri Iraqis constitute the largest group of migrants seeking asylum in Finland.

”The security situation has improved given that the extremist group ISIS has been defeated. There are still thousands of ISIS fighters left, mostly in remote regions,” said Migri researcher Peter Sandelin.

Sandelin stressed however that Migri does not hand down decisions on asylum applications exclusively on the basis of the information contained in the assessment.

Sandelin, who was one of the officials who travelled to Baghdad last year, said that the street scene in Baghdad was reasonably peaceful at the time of the visit.

”We might drive for kilometres at a time without encountering any security checkpoints. However security forces were visible. The security situation is very different in various parts of Iraq. Criminal groups have been behind some of the strikes,” Sandelin observed.

”Militias are returning home after battling ISIS. Some of them join criminal organisations when they can’t find work,” he added.

Baghdad was previously city in which different ethnic groups lived side-by-side in the same districts. Nowadays, Baghdad has increasingly become divided into Sunni and Shia areas.

According to the report, Iraq is plagued by severe environmental problems and extensive unemployment. Minority groups are said to be especially uncertain about their security.

Unemployment in Iraq is estimated to be around 30 percent the report, noted. It added that roughly two-thirds of public servants have not been paid their salaries.

Years of violence have wiped out agriculture. Sandstorms driven have compounded the problem, by the ongoing desertification of Baghdad’s western Anbar province.

“Iraq needs humanitarian aid to stabilise the region and restore basic functions such as services and development cooperation,” the report declared.