I think that we are way beyond the mere banning of face veils, Islamization itself is a matter of fact, defacto reality in many of our societies…

That said, I’m for anything that pushes back against the Islamo-juggernaut. Normally I wouldn’t be for any government control over what the individual can or cannot wear, though we already exclude the wearing of swimwear (just think of women wearing thongs on city sidewalks) and shop owners still can refuse customers service for not wearing shoes or a shirt in their establishments).

The burka/niqab is a security risk in this day and age, and on those grounds alone I deem it necessary to ban them in public. However, the more preferable route would be a society entirely confident in itself, meaning customs, traditions and values, discriminating against those garments in the same manner as shop owners/bus drivers/bankers and restaurants discriminate against those who refuse to comply to a few rules of common decency.

My civil libertarian friends with whom I hold similar views may not like this, but like Abraham Lincoln, who during the Civil War rescinded habeas corpus, I too deem that we are living in unprecedented times which calls for unprecedented measures in our Western pluralistic societies. Until our societies become more self confident in who they are and what they stand for, measures such as these are not only wise, they’re a crucial first step in the push back against Islamization.

‘It is incompatible with the values of the Danish society’, says country’s justice minister 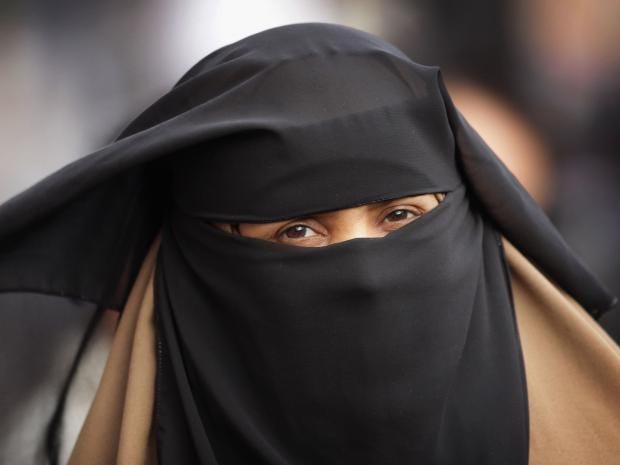 The Danish government is poised to become the next European country to introduce a ban on Islamic full-face coverings in public places.

The government said it planned to fine people who wore items including the burqa and the niqab which are worn by some Muslim women.

“It is incompatible with the values of the Danish society or the respect for the community to keep the face hidden when meeting each other in the public space,” Justice Minister Justice Soren Pape Poulsen said.

“With a ban, we draw a line in the sand and establish that here in Denmark we show each other trust and respect by meeting each other face to face,” he said.