This is the process known as islamization… 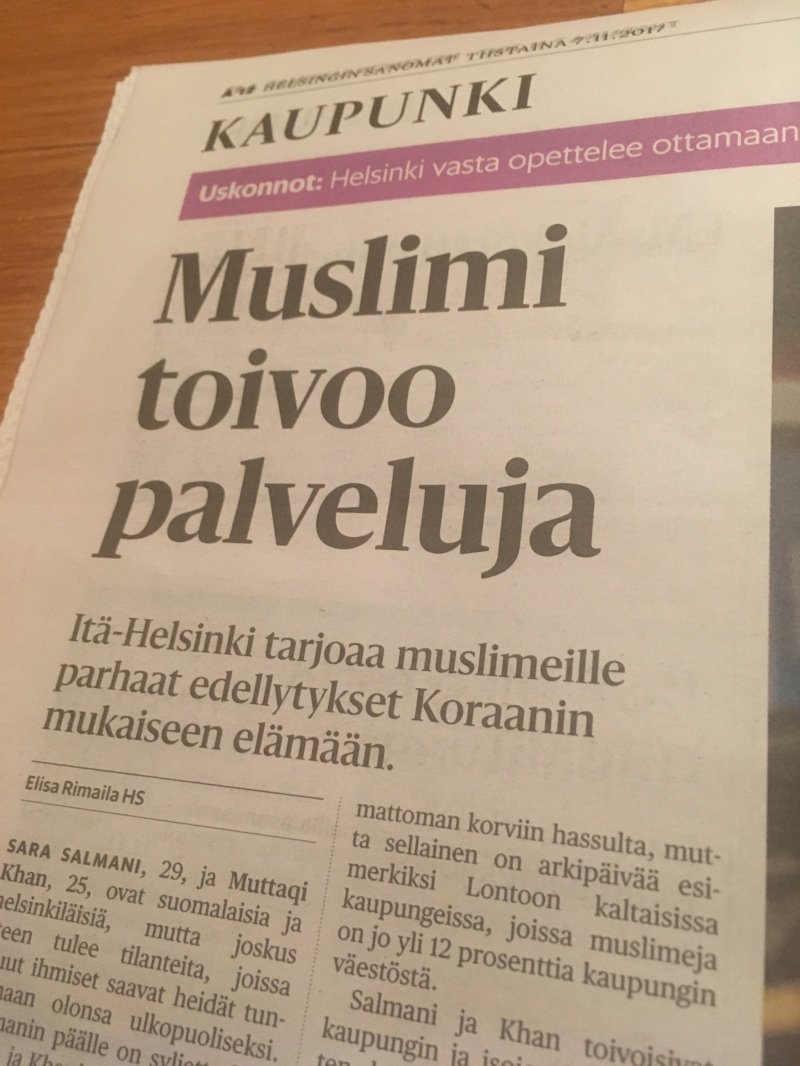 It’s the moving of the host society towards becoming more malleable to Islamic norms and laws (sharia), until every single Muslim ”feels at home”, and the non-Muslim host society feeling like foreigners in their own land. The fake media itself plays a large enough role in normalizing this transition which has been seen/played out around the world for centuries. Every single place where Muslim separatists are waging jihad, there has been a slow demographic transition preceding it. Every single place where Islam is now the de facto law of the land, rests a former culture and people consumed by it.

Many will look at the US and point a finger at what it did to the indigenous people of the land (usually with no mention that native Americans migrated there from somewhere else and always had turf wars with neighboring tribes), but the main difference being, their (Founding Fathers and Framers) doctrine, was based on Enlightenment philosophy and led to an unique civilization. We are now being driven backwards in time, towards tribalism and balkanization thanks to the nexus of Marxists, pseudo conservatives and Islam.

NOTE: The nation state gave rise to the greatest human development mankind has ever known or seen, through the industrial revolution and free market enterprise (capitalism). Now we’re being thrown into the human grist mill to be ground into yet another utopian version of the ”new man”, and it’s not going to end well.

That’s the unnerving part, progress, from their perspective is actually being made.

When 25-year-old Muttaqi Khan, born in Finland, walks in a subway station, he can be mistaken for a drug dealer – Khan and Sara Salmani, 28, say what it’s like to live as a Muslim in Helsinki

Religion is rhythmic in the lives of the Finnish Muslims Sara Salman, 28, and Muttaqi Khan, 25, in ways that the mainstream population does not always know when planning city services. SARA SALMANI , 29, and Muttaqi Khan , 25, are Finns and Helsinkians, but sometimes there are situations where other people make them feel like outsiders. Salman has been spit upon on a bus, and Khan has been thought of as an asylum seeker by Finns.

Practicing the religion of the Qur’an five times a day can in everyday life involve Muslims being in strange situations and places.

“We always have to find a place for prayer somewhere, often under one of the stairs or from another place that has not been cleaned so often or has much thoroughfare,” Khan says.

In such places praying is easy only if it’s done quickly and get out of the way.

“The purpose of the true prayer is to let go for a moment and to remember God. It is difficult to get into the feeling when being forced to pray under a stairwell, “Salmani says.

The prayer room at the mall sounds strange to the ears, but that is commonplace for example in cities such as London, where Muslims are already over 12 percent of the city’s population.

Salmani and Khan would like for the city to take better account of the shortage of prayer rooms in the bigger business centers, schools and work places when the Muslim population grows and stabilizes.

According to Salmani, the authorities have been openly discussing the development of Helsinki and its services, also taking into account the needs of Muslims. For example, the lack of suitable facilities for prayer is more due to the fact that the majority population can not think of these things, for example, from a Muslim perspective.

Before summer 2016 for example, no Finnish company had understood how to commercially make use of ramadan and its main holiday id al-fit, the “Muslim Christmas,”.