The most evil of ideologies, the Left has a lot to answer for.

There are nice Jewish boys and girls who have read Anne Frank’s diary, visited Auschwitz and come away anti-semities. They don’t call themselves that because their Universalist ignorance is so profound that they don’t even know what they are. Instead they call themselves human rights activists, they boycott Israeli products, smash Jewish store windows, hug terrorists and rationalize suicide bombers.

The only nationalism the Left approves of, are those (3rd world) movements that appear to do damage against Western interests. They (the radical Left) seek the West’s assimilation into the world at large, in much the same way that they sought the Jew’s assimilation into the West. That is indeed the crux of the EU project, based upon the forced political union of the Belgian model, a fake, characterless multi-national identity that supersedes the unique, distinct characters of each individual member state.

To buck that trend earns you the title of a white supremacist racist.

The nationalism of a modern, vibrant, and very independent Jewish nation, which belongs within the mutually accepted realm of Western society, simply cannot be accepted by the radical Left that insists all Western displays of nationalism be absorbed (watered down) by mass immigration from 3rd world countries. They insist, no, they demand, that Jewish independence, and the just nationalism (Zionism) that energized them to achieve their long sought goal, to be vanquished, only then can the sins of the West be finally purged, regardless of how much blood, Jewish blood, is spilled in the process.

What the Universalists had always hated about Israel was what a Jewish State symbolized; a turning away from the great dream of the Brotherhood of Man for another reactionary state. Zionism had been rejected by much of the left for its abandonment of universalism. Luminaries of the left from Lenin to H.G. Wells denounced Zionism as a reactionary roadblock to world unity. The answer to the Jewish problem was assimilation, not conglomeration. And to many liberals, Israel’s existence is still so pernicious because it lures Jews away from the dream of a better world.

The Universalists interpreted the Holocaust as a Nationalist phenomenon and through that warped logic, Israel as a Nationalist response to the Holocaust is just like Nazi Germany. By wanting their own country, their own flag and their own army, the Jews became just like the Nazis. Instead of adopting the Universalist response of national suicide to mass murder, the Jewish people decided to live. And that is a crime that the left can never forgive them for.

Jewish Universalists have always been vaguely ashamed of Israel. They used to understand the need for it in their guts, even as their ideological minds struggled against it, but over time that feeling faded because the things that you feel but do not say are hard to pass down to future generations. 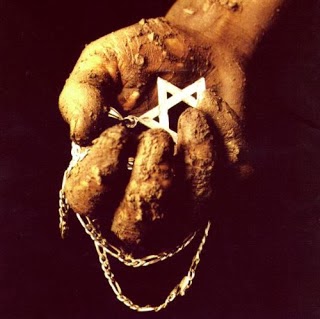 There were Israelis who believed in teaching tolerance and Western Jews who believed in self-defense, but the responses were structural because the divide between Nationalists and Universalists predated the Holocaust.

The Holocaust was a transformative event, but the responses to it came from old debates. The pogroms had led to the same fork in the road between a collective struggle for a better world and national self-defense, between the Universalists and the Nationalists, between the left and the right. The current debates about Israel by Jews and non-Jews revisit those old arguments.

To the Nationalists, the Holocaust was not an unexpected event and Nationalist leaders like Jabotinsky had warned that it was coming. To the Universalists, it was an inexplicable event that challenged the entire progressive understanding of history as a march toward enlightenment.

– See more at the Sultan Knish: