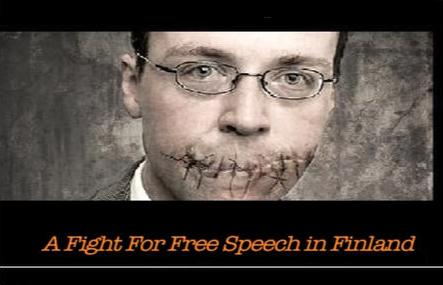 Help us to save Freedom of Speech in Finland

The case of Helsinki city councilman Jussi Halla-aho is not about Halla-aho himself, but something much bigger: Finland is moving away from Freedom of Speech as a government policy. The decision by Helsinki district court to sentence Halla-aho to pay a 330 euro fine after he wrote that Islam is a religion that sanctifies pedophilia, shows us that Finland is following the dark example of Austria.
Susanne Winter – a member of parliament for the Freedom Party of Austria – was sentenced to three months of probation and had to pay a 24,000 euro fine after she stated that, judged by modern standards, the prophet Muhammed would be deemed a child-molester.
Judged by modern standards, Muhammed was indeed a child-molester, and because Muhammed is considered in Islam to be a timeless, perfect example for all Muslims, Islam is therefore a religion that sanctifies sexual intercourse with children.
So in Finland, making statements that are factually true has been declared illegal on the grounds that somebody might get offended. This means that at the moment, in Finland, the legality of a statement is defined by the sensitivity of the target group.
In Finland we have just taken the first step along this slippery road, and the case is far from over. Halla-aho is intending to bring the case before the Helsinki court of appeals.
You now have the chance to help save Freedom of Speech in Finland! Print and send the attached letter to the Helsinki court of appeals, where the next step will be taken – hopefully back towards Freedom of Speech. 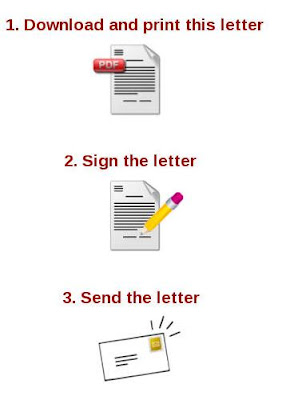